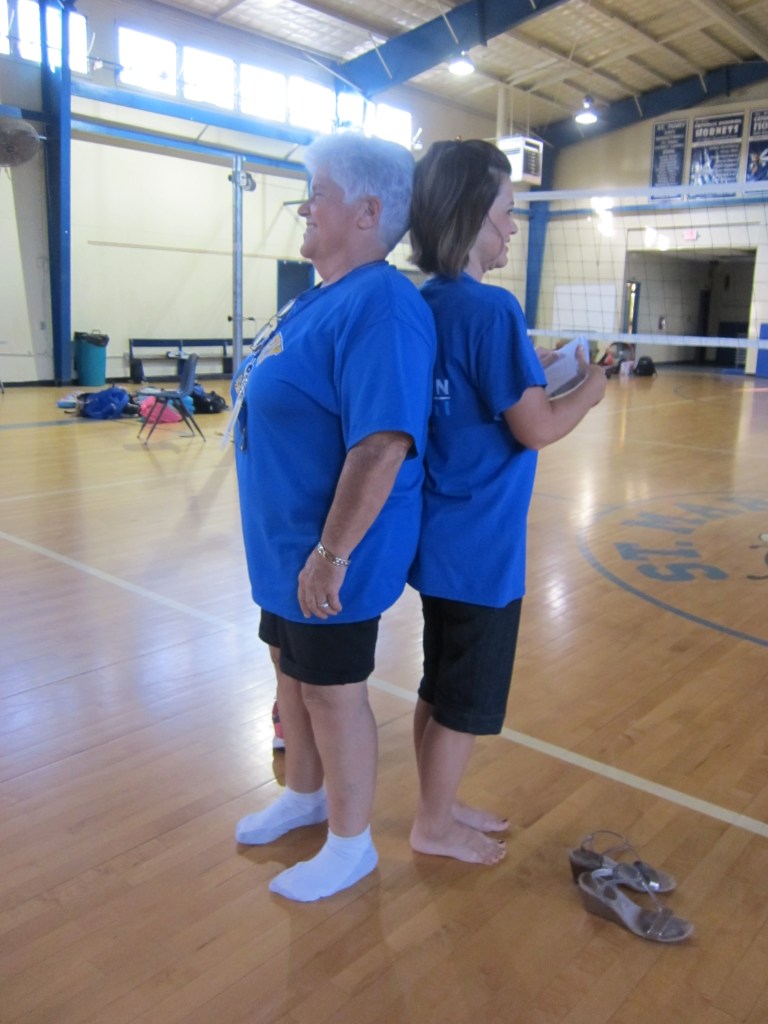 St. Mary Catholic School has two staff that agreed to settle a long awaited controversy.  Mary Anderson, left, and Melinda King agreed to see who was taller. Both staff have numerous students that are taller than them but students, staff and parents disagreed on who was taller.  During morning announcements, both staff took their shoes off and the official winner of tallest was Mary Anderson.