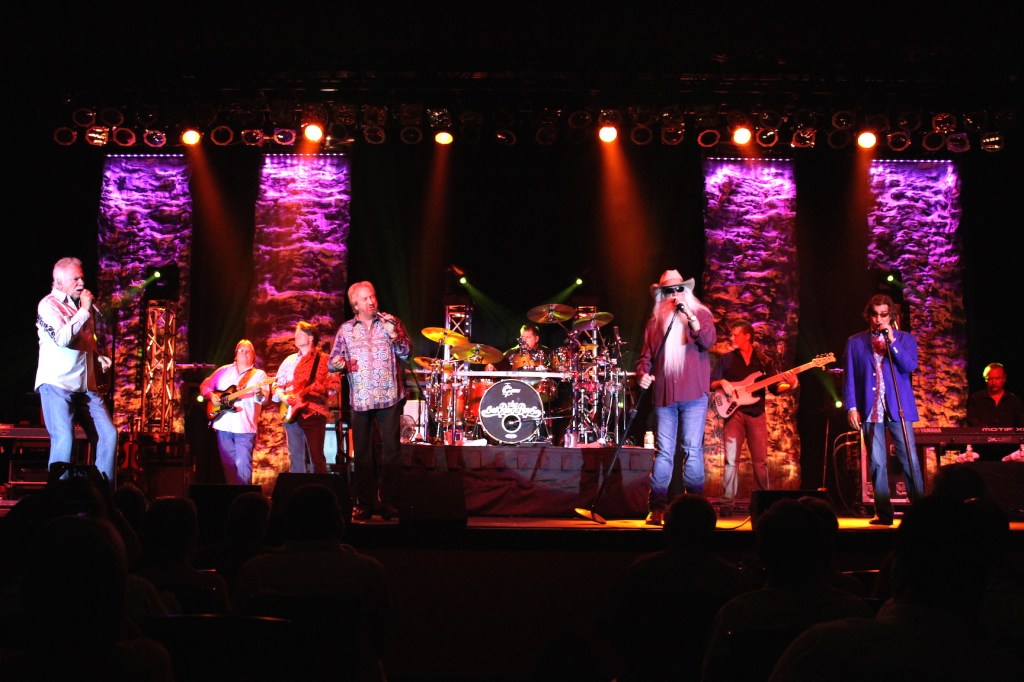 The Oak Ridge Boys return to the Golden Nugget Casino in Lake Charles, La on Saturday, Nov. 14. The group performed a sold-out show this past July as it tours in support of its May 2015 release, “Rock of Ages: Hymns and Gospel Favorites.”

Two well known musical acts have been added to the fall line-up at the Golden Nugget Casino.

The Golden Nugget Casino in Lake Charles, La has announced the addition of two more shows to its already packed schedule of events this fall. The first addition features the return of the Oak Ridge Boys, while the second announcement is none other than Natalie Cole.

Legendary country music group The Oak Ridge Boys are back for a showcase on Saturday, Nov. 14, inside The Grand Event Center. Tickets are $25-$40 and are on sale now at all Ticketmaster outlets.

The group, which performed in front of a sold-out crowd at the venue on June 19 of this year, continues touring in support of its May 2015 release, “Rock of Ages: Hymns and Gospel Favorites.” The album peaked at No. 8 on the U.S. Christian chart and No. 28 on the U.S. Country albums chart.

The group, which celebrated its 40th anniversary in 2013, signed a new record contract with Cleopatra Record in January 2014 and released its first ever live album, “Boys Night Out,” in April 2014. The release, made available in CD, digital download, and even a special issue vinyl product, features 14 of the band’s trademark songs, including “Elvira,” “Thank God for Kids,” “You’re the One” and “Bobbie Sue.”

The Oak Ridge Boys have a distinctive vocal sound with amazing four-part harmonies which have helped earn the group dozens of country music hits with more than 40 million records sold around the world. Visit www.oakridgeboys.com for more information.

Natalie Cole will make her first appearance at the Golden Nugget in Lake Charles on Saturday, Nov. 21. Tickets are $35-$60 and are on sale now at all Ticketmaster outlets.

Cole, 65, released her first album, “Inseperable,” in 1975 and quickly made a name for herself with No. 1 hit songs “This Will Be,” Sophisticated Lady (She’s a Different Lady),” and the title track. Other big hits for Cole include “I’ve Got Love on My Mind,” “Our Love,” “Secrets” and “Miss You Like Crazy.”

All shows at the Golden Nugget are for ages 21 and older and tickets can be purchased at all Ticketmaster outlets in the area, including online at www.ticketmaster.com and charge by phone at 800-745-3000.