Tracy Byrd concert to kick off ‘Showdown on the Sabine’ weekend 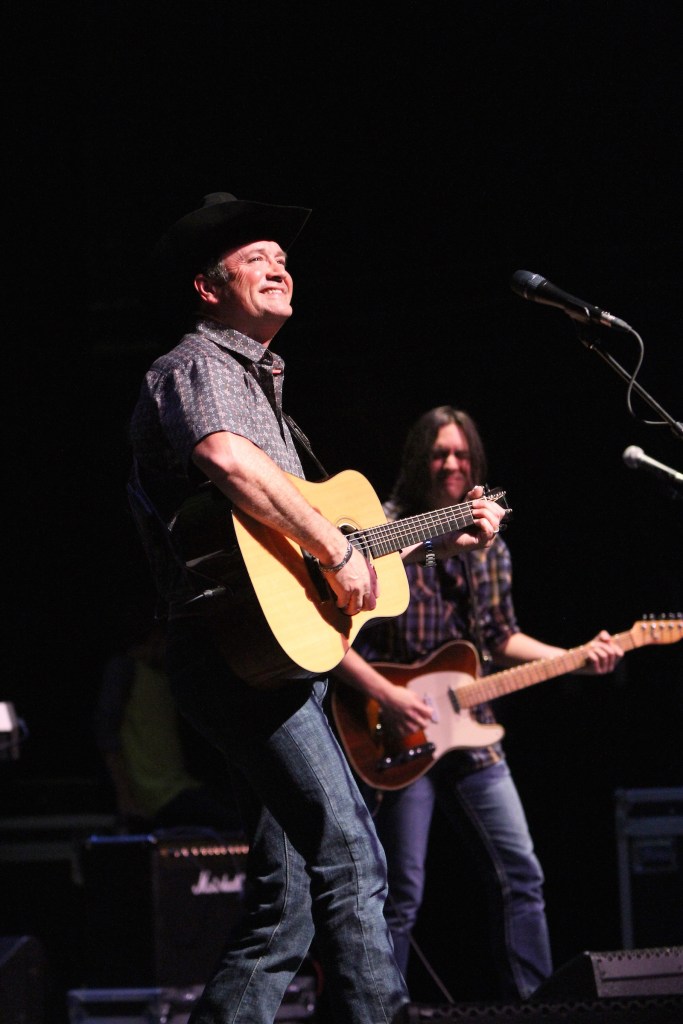 Orange County native and country music star Tracy Byrd will perform at 7:30 p.m., this Friday, at the Orange Riverfront Pavilion in downtown Orange in conjunction with the annual Showdown on the Sabine Tunnel Boat Races. The event is free and open to the public. (Tommy Mann Jr. / The Orange Leader)

A local country music star is back in Orange County for a special showcase this Friday night which is part of an annual weekend event.

Country music artist Tracy Byrd, a native of Orange County, will perform from 7:30 p.m. – 9 p.m., Friday, at the Orange Riverfront Pavilion, 600 W. Division in downtown Orange. The concert, which is being sponsored by the STI Group, is free and open to the public and will be followed by a free fireworks extravaganza.

In 2009, after spending more than 20 years in the local and national music spotlight, Byrd suddenly put the brakes on the his music career in order to spend more time with his family. It was a move Byrd felt he had to make at the time.

“For 20 years, I went full-speed ahead in the music business,” Byrd said. “It was great, but it burned me out. I just reached a point where I didn’t want to do it anymore and I actually thought I was done with it.

“After about two years or so, I started really craving it again,” he continued. “Music really is a big part of my life, so I decided to ease back into it. I started with just a few acoustic shows, and then I put a full-band together for some more shows. Now I’m doing about 40 shows a year, and that’s just right.”

The concert is part of the Eighth Annual “Showdown on the Sabine” Tunnel Boat Races, brought to you by the Orange Convention and Visitors Bureau, which returns this weekend with three days of racing action, live music, children’s activities and fireworks. The races will be held at the City of Orange Boat Ramp off Simmons Drive from Friday, Sept. 18 through Sunday, Sept. 20, and all events are free.

The racing action, including time trials and competitions, will be held from 3 p.m. – 6 p.m., Friday, Sept. 18; 9 a.m. – 5 p.m., Saturday, Sept. 19; and 9 a.m. – 5 p.m., Saturday, Sept. 20. Guests are encouraged to bring lawn chairs and blankets to watch the races from along the levee’s edge. Parking and admission are still free for the family-oriented event, but pets, coolers and bicycles are not allowed.

Byrd was originally supposed to perform in Orange this past March as part of the Bassmaster Elite Series fishing event, but several inches of rain forced the cancelation of the event.

“I was really looking forward to that tournament,” Byrd added with a laugh. “But there was so much rain we had to move our RV three different times because of the amount of water. I really wanted to play that show because I love bass fishing and I have a good relationship with BASS. I’ve played some of their Bassmaster Classic events and even helped host a weigh-in one year.”

“It was just surreal,” Byrd said of his induction day. “I was real relaxed playing my show, probably more so than I am normally. It’s like a friend of mine told me that I was probably so relaxed because everyone was there for me, to see me be inducted, and not just hear me perform.”

Now that Byrd was returned to the road, he is starting to feel that “itch” which led him to be a country music artist in the early days – creativity.

“I’m writing a lot of music and have actually visited a studio in Tyler (Texas) recently,” he added. “I want to write a record all on my own. I just want to have an album with 10 songs that are all written by me. I’m not worried about radio anymore. I’m past that point.”

Byrd is enjoying life right now and he wants to keep it that way. With a manageable schedule and the opportunity to remain close to home, he feels it is the best of both worlds.

“It’s really simple,” he said. “I want to be able to be close to my family and play the music that I love when I want. It’s a nice place to be right now.”

For more information on this artist, find Tracy Byrd Music on Facebook.

The “Showdown on the Sabine” boat races will take place rain or shine. Visit www.orangetexas.org for the full schedule.