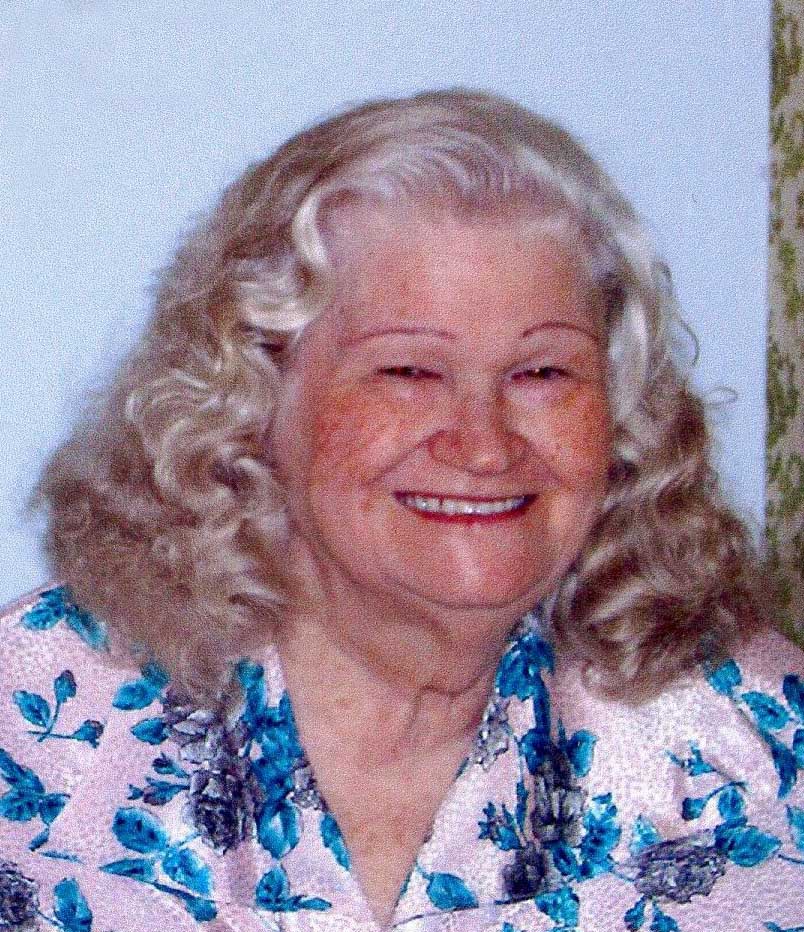 Verla Mae Droddy, 85, of Hartburg, passed away Thursday, September 10, 2015 at the Oakwood Manor Care Facility in Vidor. Born on May 14, 1930 in Clarksville, Arkansas, she lived in Arkansas briefly as a child and was a lifelong resident of Hartburg. Verla was of the Assembly of God faith, she enjoyed collecting recipes, listening to Bluegrass and Country Music, she enjoyed cooking and baking, traveling with her husband, watching television and spending time with her family.

Verla is preceded in death by her father, J. C. Storms; her stepmother, Mattie Storms; her husband, Joseph Droddy; her son, Michael Joseph ” Mike ” Droddy; her daughter, Carolyn Sue Droddy; her two brothers and one sister. Those who will most cherish her memory are her twin sons, Don Droddy and wife, Connie of Searcy, Arkansas and Ronnie Droddy and wife, Jeanette of Hartburg; her sister, Betty Ann Sellars and husband, James of Hartburg; four grandsons, three granddaughters and four step granddaughters; eleven great grandchildren and six step great grandchildren. Verla is also survived by numerous nieces, nephews and extended family.

Services by which to honor and remember Verla’s life will be at 2:00 P.M. Sunday, September 13, 2015 in the Chapel of Dorman Funeral Home in Orange. Rite of committal and interment will follow services where she will be laid to rest next to her husband at the King Cemetery in Hartburg. A gathering of Verla’s family and friends will be from 5:00 P.M. until 9:00 P.M. Saturday at the funeral home. Condolences may be expressed for the family at www.dormandfuneralhome.com.