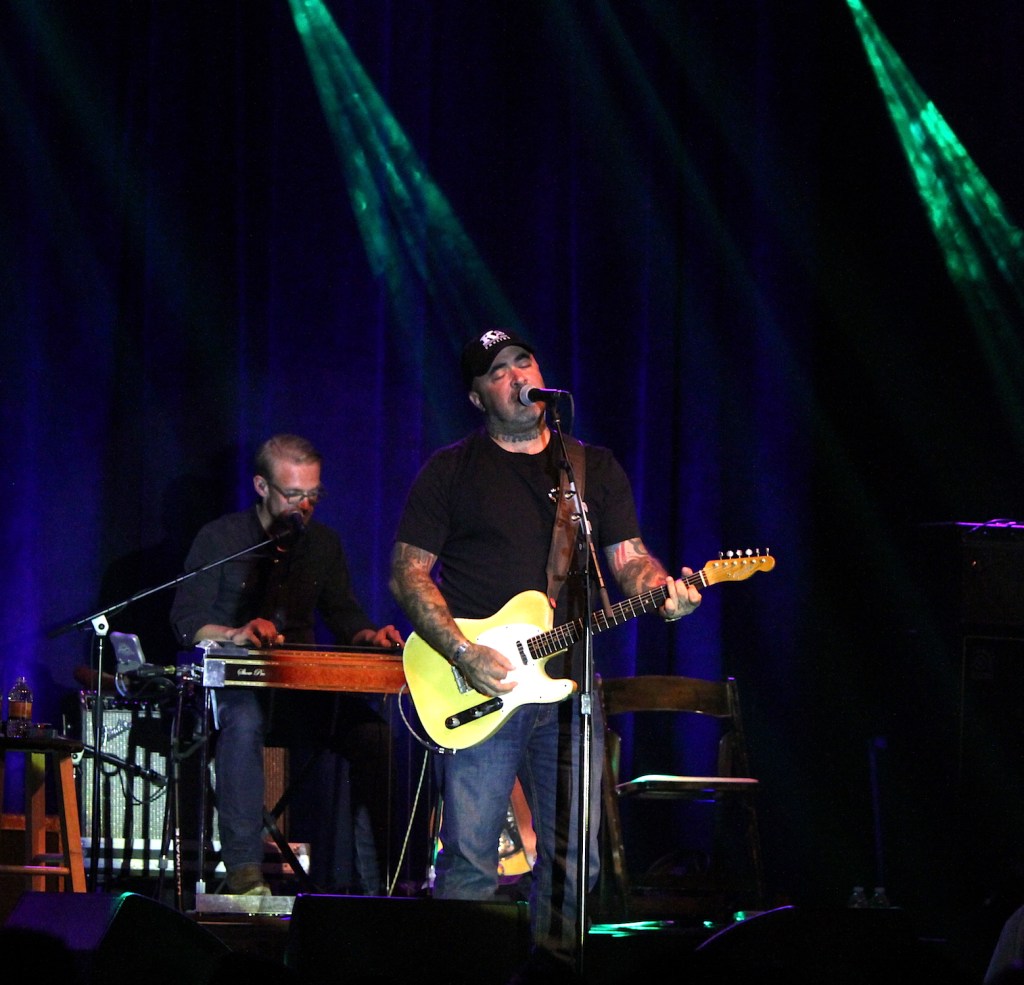 Aaron Lewis, the well-known vocalist for the hard rock outfit Staind, is obviously and equally as well-known for his growing country music career. A near-capacity crowd was on hand Saturday night inside the The Grand Ballroom of the Golden Nugget Casino in Lake Charles, La., as Lewis delivered a stunning country music performance to a very rowdy and very vocal fan-base, especially during his opening when he asked everyone to stand and recite the Pledge of Allegiance. His set included several gems and well known singles from his 2011 EP, “Town Line,” and his November 2012 release, “The Road.”