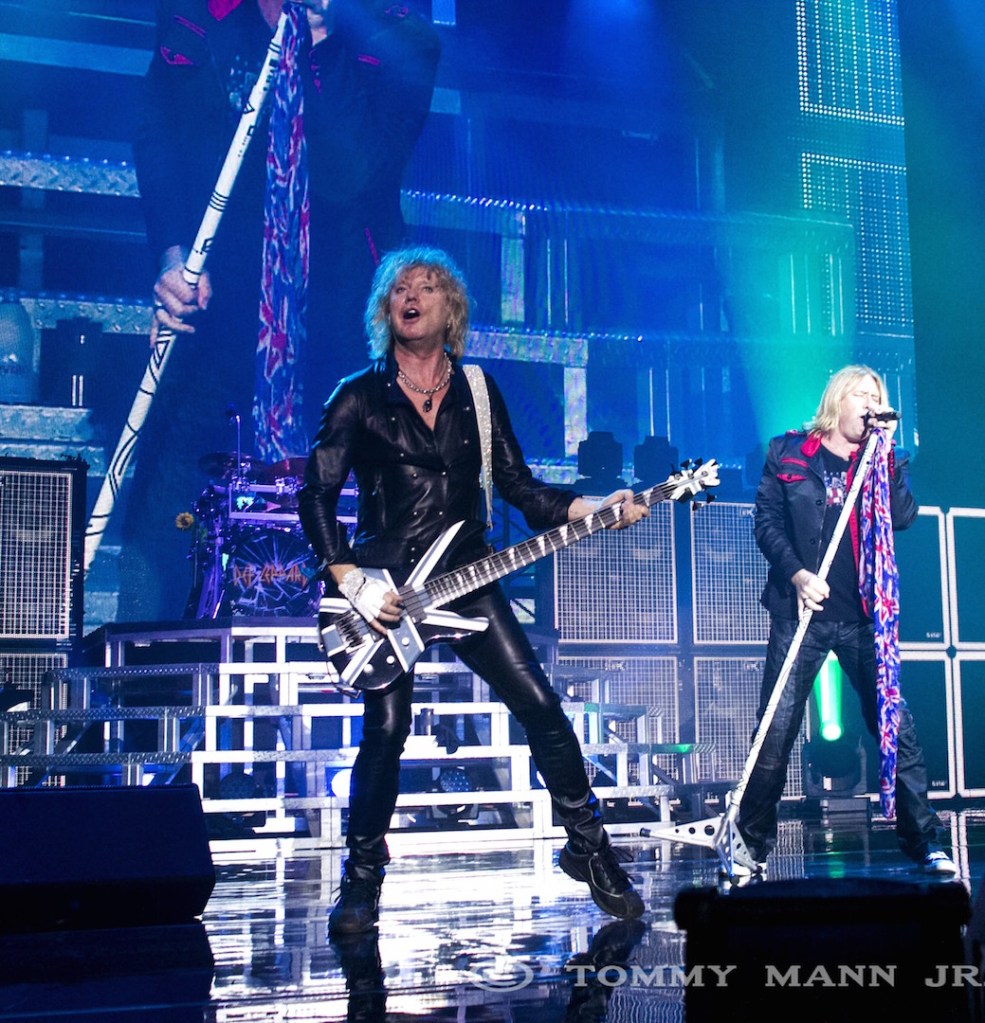 British rock outfit Def Leppard delivered the concert of the summer with tourmates Styx and Tesla this past Saturday (Aug. 22, 2015) at the Cynthia Woods Mitchell Pavilion in Spring, Texas. (Tommy Mann Jr. / The Orange Leader)

The best concert tour of the summer arrived in the Houston-area this past weekend and left little doubt why it has been a smash success.

Rock titans Def Leppard and Styx returned to The Woodlands just outside of Houston for a sold-out concert this past Saturday night. The tour has quietly been one of the most popular tickets across the country this summer concert season and proved why on Saturday.

Tesla hit the stage promptly at 7 p.m. and blasted its way through a hit-laden 40 minute set of crowd pleasing material. Most opening acts at this early hour are fortunate to perform in front of a half-full venue, but Tesla is no ordinary opening act and the Texas faithful were in full rock mode from the start.

Although there was little time for idle banter with the crowd, vocalist Jeff Keith and company gave fans every second of rock and roll it could from the opening notes of “Edison’s Medicine” to hits such as “Hang Tough,” “Love Song,” “Little Suzi” and show closer “Modern Day Cowboy.” Hopefully these guys come back very soon for a full headlining show.

Styx occupied the middle slot of the night and packed nearly a full headlining set of material into just a mere 60 minutes.

The band’s career spans 40 years now, so it is impossible for the group to include all of its better known songs into a headlining set, much less a co-headlining performance. However, Styx left little doubt why the band is still on the road and a popular draw with fans, as the audience was up on its feet the entire set singing the words along to “The Grand Illusion,” “Too Much Time on My Hands,” “Come Sail Away,” “Blue Collar Man,” and “Renegade.”

Def Leppard hit the stage shortly before 9:30 p.m. and gave every fan a show to remember with a 90-minute performance of hit songs packaged with a state of the art digital backdrop the size of the stage. The songs were enough to make the night unforgettable, but the new production was well worth every penny spent.

Fans knew they were in for a great night of rock music when the band hit the stage to “Rock! Rock! (Till You Drop)” and segued into popular songs “Animal” and “Let It Go.”

Joe Elliott’s voice, once a source of discussion and concern on previous tours, as some fans stated, was in fine form Saturday night in Houston, especially during the songs “Love Bites” and his own solo-acoustic performance of “Two Steps Behind.”

A highlight of the night was the band’s cover of “Rock On” by David Essex, which kept the crowd energized and let the band reload for the second-half of the set which was nothing short of amazing.

With songs such as “Rocket,” “Bringing on the Heartache,” and “Hysteria,” Def Leppard worked the crowd into a frenzy before unleashing fan favorites “Let’s Get Rocked,” “Pour Some Sugar on Me,” “Rock of Ages” and show closer “Photograph.”

If this tour is coming to your city for the remainder or August or into September, grab a ticket fast because you will not be disappointed. If the tour has already been to your city and you missed it, well, you will know better next time.

Rock! Rock! (Till You Drop)

Pour Some Sugar on Me

Too Much Time on My Hands

Heaven’s Trail (No Way Out) 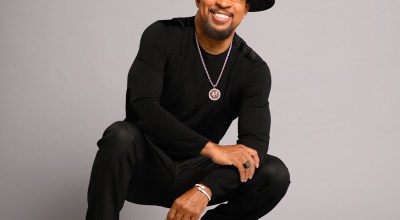 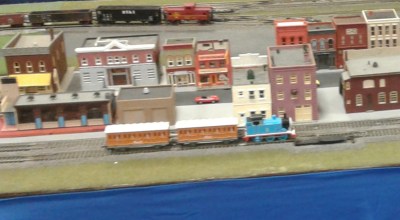 Francis Collins and Anna Smith to speak at the…