Funeral services for Lois Roberts, 96, of West Orange and later, Texas
City, TX will be at Carnes Funeral Home in Texas City.  Visitation
will be Tuesday, August 25, 2015 from 6-8 pm at the funeral home and
Funeral Services will be Wednesday, August 26, 2015 at 10 am, also at
the funeral home with Dr. Grayson Glass officiating.  Graveside
services will follow at 2:30 pm at Magnolia Cemetery, Beaumont, TX.
Mrs. Roberts passed away at Cartmell Home for the Aged in Palestine,
TX on August 22, 2015.

Mrs. Roberts was born to Ira and Jemima Street on February 2, 1919 in
Tecumseh, Oklahoma and lived in numerous towns in Texas before her
parents settled in Port Acres where she grew up.  She moved to West
Orange with her husband, Herbert Roberts where she raised their family
and was a homemaker and long-time Sunday School teacher at McDonald
Memorial Baptist Church.  She and her husband moved to Texas City in
1999 to be near their son and granddaughter.  She was an active member
of the First Baptist Church of Texas City.

She is survived by two brothers, Edward Street and Dr. James Street;
one sister, Billie Hebert; one son, Terrell Roberts and wife, Geva of
Tyler; one daughter, carol Worley and husband Earl of Palestine; four
grandchildren, four great-grandchildren; and numerous nieces and
nephews. 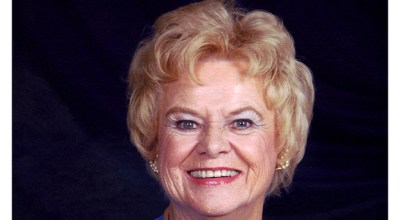