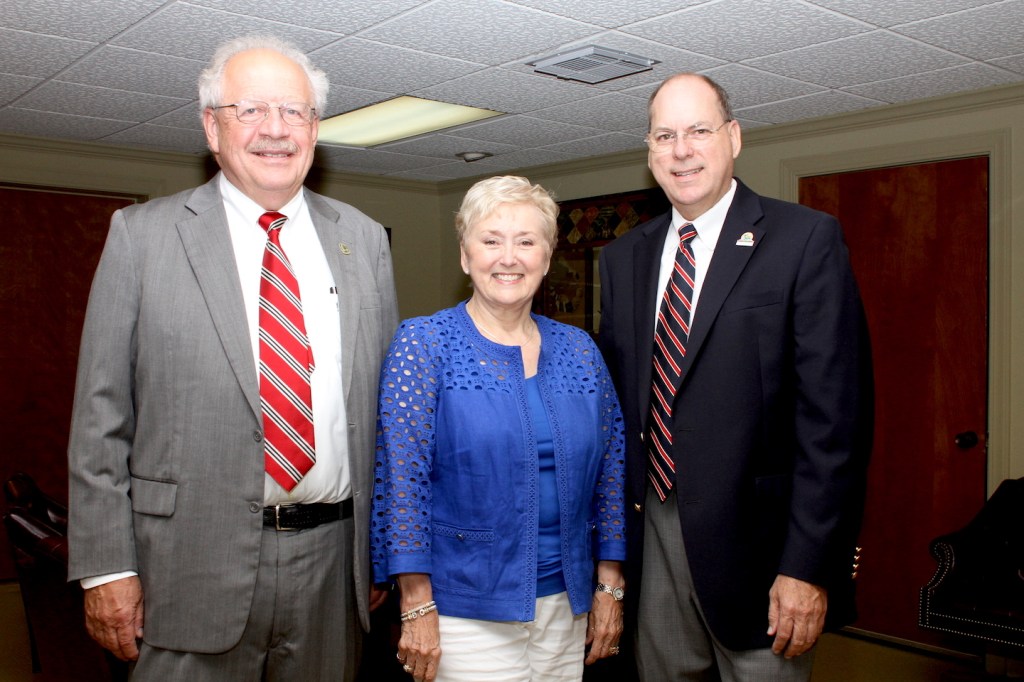 Gisela Houseman, at center, is pictured with Dr. Mike Shahan, at left, president of Lamar State College-Orange, and Dr. Shawn Oubre, president of the Lamar Institute of Technology Foundation’s Board of Directors, after making a $50,000 donation to the each institution. (Tommy Mann Jr. / The Orange Leader)

A local woman is continuing to support local educational institutions through donations for scholarship opportunities.

Gisela Houseman, a well-known businesswoman and philanthropist, made two sizable donations to Lamar State College-Orange and to the Lamar Institute of Technology in Beaumont on Wednesday. Each higher-learning institution received $50,000.

“Orange County has been good to us, and we would just like to continue to support Lamar State College-Orange and LIT,” Houseman said. “It gives me such pleasure to do this. I’m so happy that I’m in a position to help.”

Houseman is a native of Hamburg, Germany, who became a United States citizen in 1950. She moved to Southeast Texas in 1987, and married Tony Houseman, the late-real estate developer.

She is actively involved with several charity boards and foundations, including the Lamar State College-Orange Foundation and Lamar Institute of Technology Foundation. She is also involved with the Better Business Bureau, CASA and the Salvation Army.

“This is a big occasion for Lamar State College-Orange,” said Dr. Mike Shahan, president of LSC-O. “Gisela and Tony have supported LSC-O for a long, long time. That scholarship fund has been instrumental for so many students pursuing an education, who otherwise could not have.”

Houseman donated $50,000 on Wednesday to the Tony Houseman Memorial Scholarship, which was established shortly after his death. In previous years, the typical donation was $10,000. The scholarship is for students who are majoring in business or related fields of study.

The $50,000 donation to LIT will be included in the already-established Gisela Houseman Scholarship Endowment which is for scholarships of all educational programs at the institute.

The scholarship is awarded to a LIT student with any academic major. The student must attend LIT on a full-time status and maintain a minimum grade point average of at least 2.5. Preference is given to students from Orange County, along with some “weight” placed on need.

“We just have to thank her for her continued support,” said Dr. Shawn Oubre, president of the Lamar Institute of Technology Foundation’s Board of Directors. “The endowments and scholarships have been so valuable to the community and to the students.”