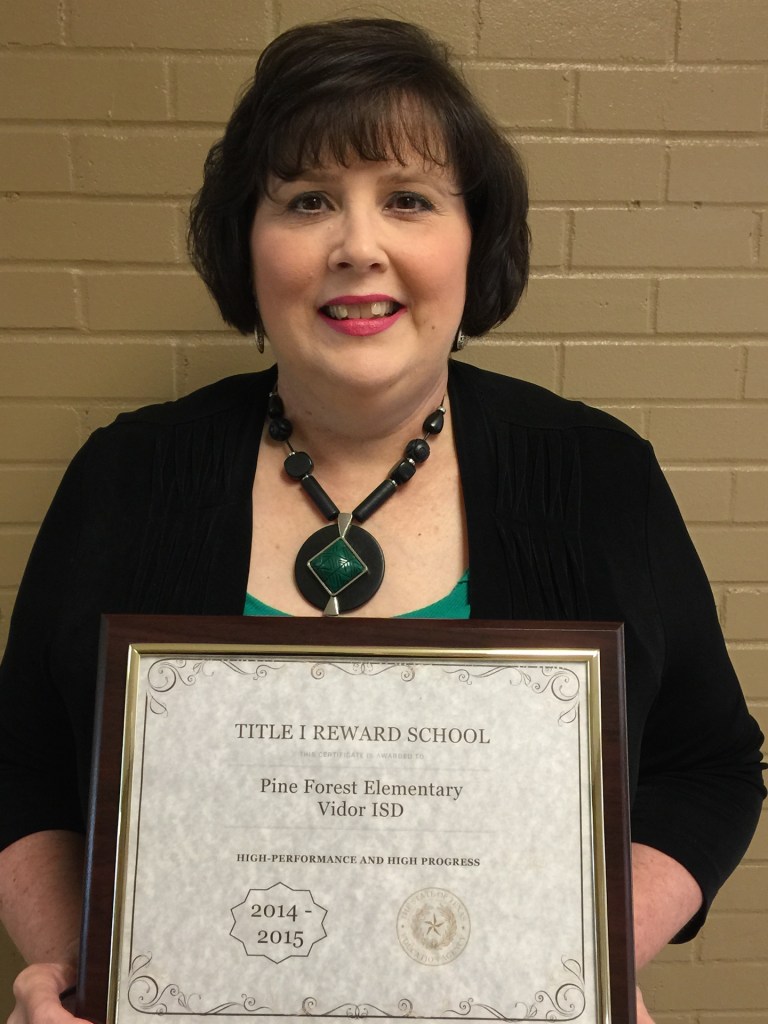 Principal Bunny Adams of Pine Forest Elementary in Vidor is pictured with the certificate the campus and Vidor ISD received identifying the campus as a high performing school for the 2014-2015 school year. (Photo courtesy of Vidor ISD)

Special to The Leader—–

VIDOR — On April 30, the Texas Education Agency announced the more than 400 Title I Reward high-performing and/or high-progress Title I schools for school year 2014-2015.

Schools must meet, or exceed, the AMO targets of 79 percent on each of the system safeguards evaluated for all students and all subgroups, including the seven federally required student groups in math and reading subject areas. Pine Forest Elementary in Vidor was one of the recipients of this award.