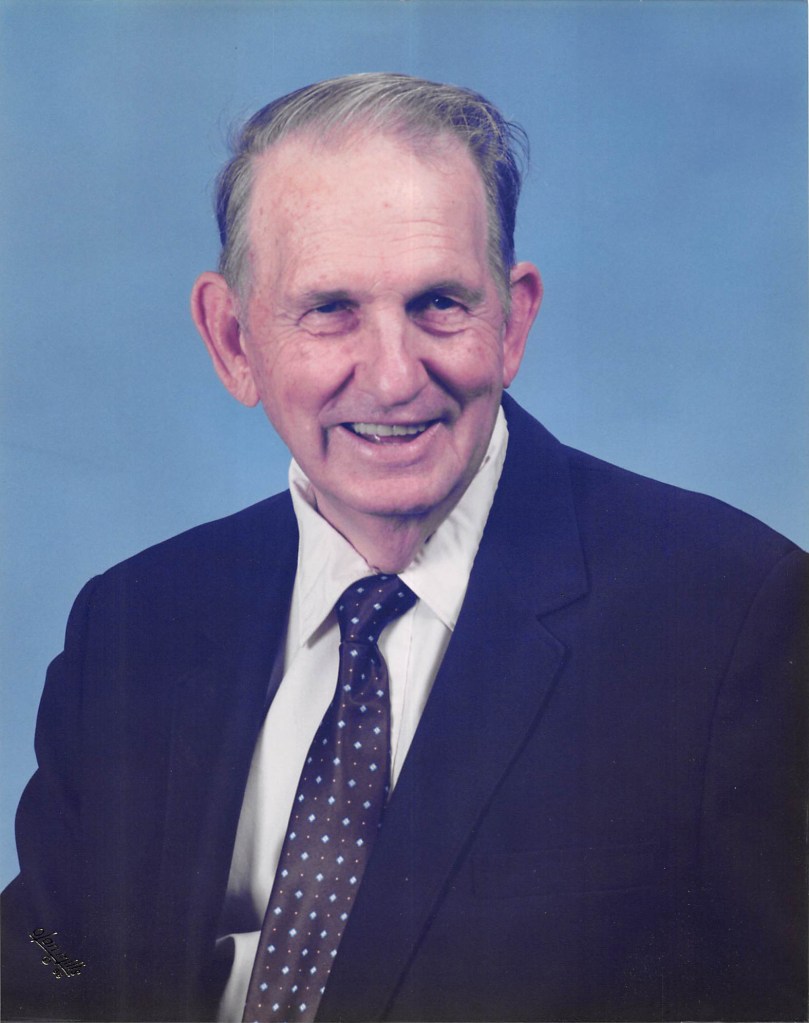 Funeral services will be held at 10:00am, Friday, August 14, 2015, at Claybar Funeral Home in Orange. Officiating will be Reverend Randy Branch and Reverend J.B. Prouse.

Visitation will be from 5:00pm-8:00pm, Thursday, at Claybar Funeral Home in Orange.

A graveside service will be held at 10:00am, Monday, August 17, at Fargo Cemetery in Vernon, Texas. Officiating will be Reverend Randy Thomas. Pallbearers for this service will be Greg Thomas, Scotty Thomas, Gordon Thomas, Damen Wood, and Trey Shelton.

Born in County Line, Oklahoma, on July 29, 1922, Leonard was the son of Joseph and Ida Hall. He moved to Vernon, Texas in 1927 and went on to graduate from Vernon High School in 1939. He was drafted into the United States Army in 1942 where he served two years in the South Pacific before being wounded for a second time in February of 1944. He received two purple hearts, a bronze star, and a silver star. After a two year recovery in an Army hospital in California, Leonard returned to Vernon and married Evelyn Thomas in 1947. He then completed his college degree in education at Midwestern State University in Wichita Falls, Texas. In 1952 he moved to Orange and began his teaching career at Carr Jr. High. He accepted the assistant principal position where he stayed for 17 years before returning to teaching in 1971 and retiring in 1983. During his time in Orange he was involved in several civic organizations, was on the board of the Orange County Little League and the Classroom Teacher Association. He also served as a Lay Leader at Wesley Methodist Church.

He was preceded in death by his loving wife Evelyn; sons, John and Mickey; four brothers; and one sister.

Leonard is survived by his daughter, Cathy Dorman and husband, Paul, of Little Elm, Texas; son, Jay Hall and fiancé, Summer Wilhelm, of Orange; granddaughters, Erin Stuntz and Chelsea Day; grandson, Luke Hall; and great granddaughters, Sophia and Molly. Leonard was beloved by the many students he taught throughout the years and respected by those who knew him.

The family would like to extend a thank you to the many caregivers that have looked after Mr. Hall in the past several months.
In lieu of flowers, memorial contributions may be made to Wesley United Methodist Church at, 401 N. 37th St., Orange, Texas 77630.