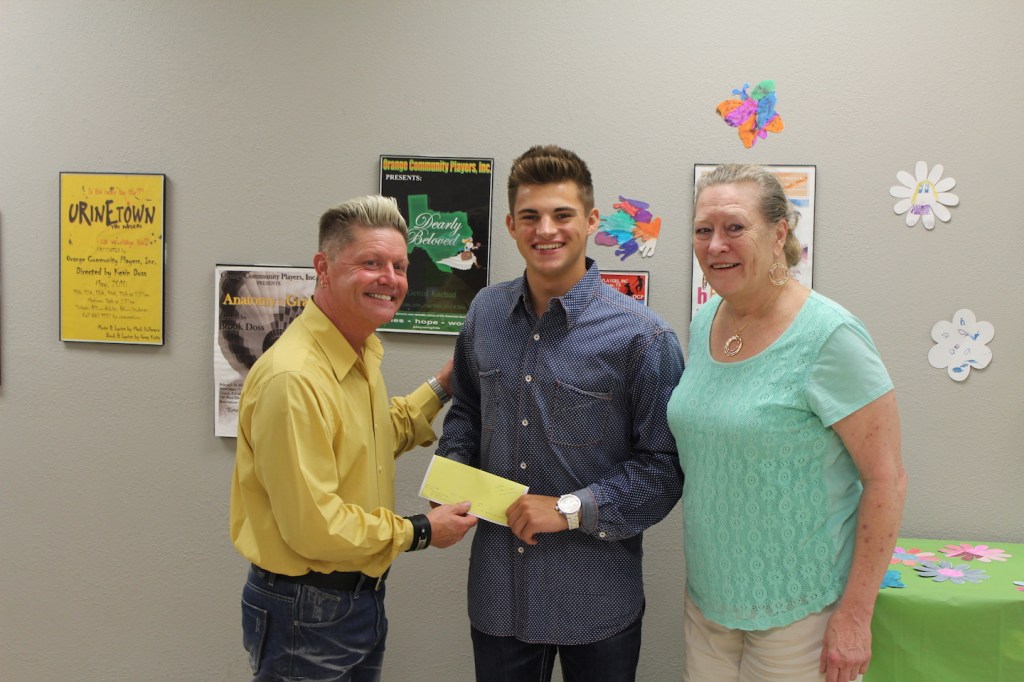 Triston Stringer, at center, accepts $1,000 in scholarships from Paul Burch, at left, vice-president of Orange Community Players Board of Directors, and Evita Kemmer, OCP board member. (Courtesy photo)

A local high school student has received two scholarships for college this fall.

Triston Stringer, a recent graduate of Little Cypress-Mauriceville High School this past May, is the recipient of two scholarships worth a total of $1,000 from the Orange Community Players.

Triston, who is planning to attend Texas State University and will reportedly major in theatre, is no stranger to acting as he has already been featured in several television commercials and movies.

Triston received the $500 Jeff Hattman Memorial Scholarship and a $500 scholarship from OCP.

“OCP does more than just plays,” said Diana Hill, president of the Orange Community Players Board of Directors. “We think (Triston) is worthy of these two scholarships. Education is the name of the game.”

Triston, who won the “Best Actor at LC-M” under the direction of Cory Broom at LC-M High Scool, is the son of Lee Stringer. He resides with his grandparents, Larry and Barbara Stringer.

Hill stated Triston’s photo will be on display in the lobby of the OCP Playhouse, which is located at 708 W. Division in downtown Orange, as will all future scholarship recipients.