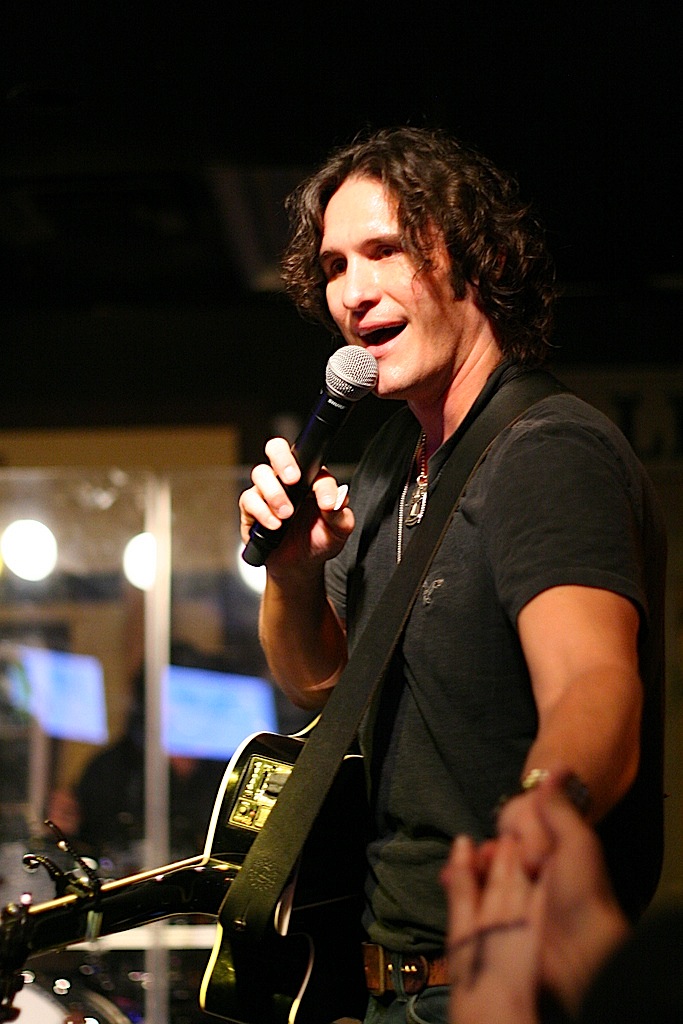 Country music artist Joe Nichols (pictured) is one of several upcoming shows announced at the Golden Nugget Casino and Hotel in Lake Charles, La. this summer and fall. Other shows just added include The Orchestra, Boz Scaggs and Loretta Lynn. (Tommy Mann Jr. / The Orange Leader)

(LAKE CHARLES, La.) — — The entertainment schedule at Golden Nugget Casino is remaining red hot for summer and into fall.

The Golden Nugget Casino in Lake Charles, La., announced several more shows to its summer and fall concert calendar recently, which included a heavy dose of country and some classic rock as well.

Joe Nichols returns to the region with a performance scheduled on Friday, Sept. 18. Tickets are $20-$40 and on sale now at all Ticketmaster outlets.

Nichols is best known for his hit songs “Tequila Makes Her Clothes Fall Off” and “Gimme That Girl.” His most recent album, “Crickets,” was released in October 2013 and peaked at number 3 on the U.S. Country album chart and number 17 on the Billboard Top 200 albums chart. Visit www.joenichols.com for information.

Classic rock fans of the band Electric Light Orchestra will get the chance to hear their favorite songs as former members of ELO have resurfaced in The Orchestra, which will perform on Saturday, Oct. 3. Tickets are $25-$40 at all Ticketmaster locations.

The British group was best known hits catchy, pop-style songs which frequented radio playlists and skyrocketed up the Billboard singles charts. Songs such as “Don’t Bring Me Down,” “I’m Alive” and “All Over the World” and many more. Get more information on this group at www.theorchestra.net.

On Friday, Oct. 16, country artist Boz Scaggs will perform inside The Grand Ballroom of the Golden Nugget Casino. Tickets are on sale now for $30-$50.

The one-time vocalist of the Steve Miller Band is touring advance of his yet-to-be released album, “A Fool to Care,” which is scheduled to come out in 2015. Scaggs is best known for the songs “Miss Sun,” “Look What You’ve Done to Me,” “Lowdown” and many others. Visit www.bozscaggs.com for more information.

Country music legend Loretta Lynn returns to the area for a concert on Saturday, Oct. 17. Tickets are $40-$60 each at all Ticketmaster outlets.

Lynn, 82, has released 54 studio albums and more than 80 singles during her six decade long career. She has 16 No. 1 hit singles to her credit, including songs “Coal Miner’s Daughter,” “She’s Got You,” “Trouble in Paradise,” “One’s on the Way” and more.

Lynn, who has sold more than 30 million albums around the world, released her last studio album,” Van Lear Rose,” in April 2004. The album was produced by Jack White of The White Stripes and peaked at No. 2 on the Billboard Top Country Albums chart and No. 24 on the Billboard Top 200 albums chart. Visit www.lorettalynn.com for more information.

All shows at the Golden Nugget Casino are for ages 21 and older. Visit www.goldennugget.com/lakecharles/ for more information on all events.