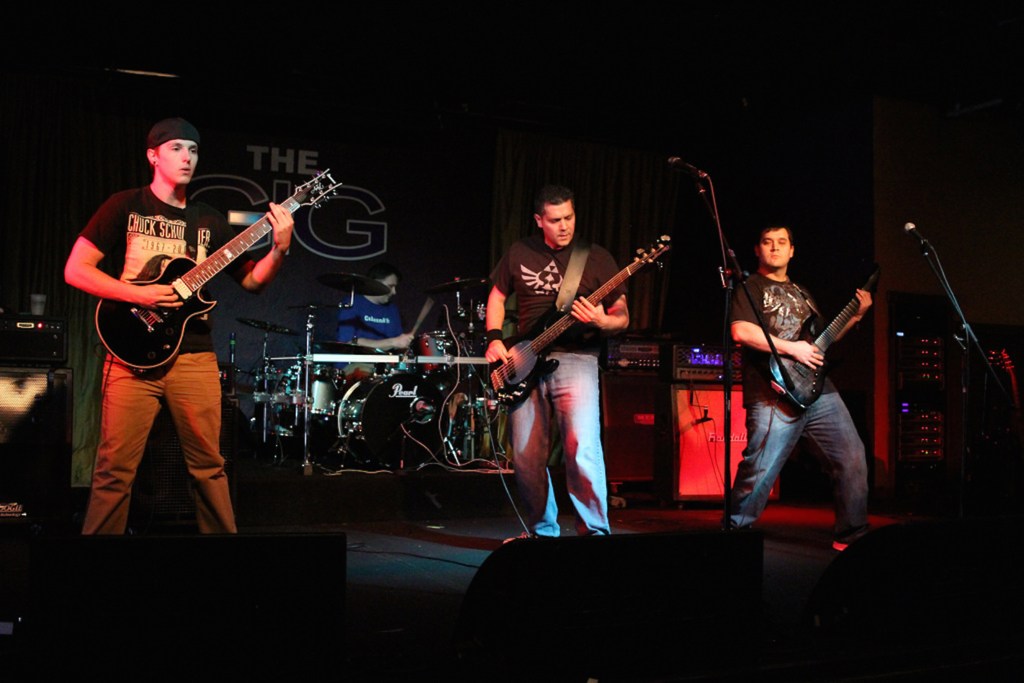 Christian music group 70 Times 7 will perform Friday night at the Crusade Against Hunger event at First United Methodist Church in Mauriceville. All ages are welcome and admission is one non-perishable food item. (Tommy Mann Jr. / The Orange Leader)

A yearly effort to help stamp out hunger is back and this time it is slated for Orange County.

The annual Crusade Against Hunger features a variety of Christian music artists in a fundraiser event in the battle against hunger. The event takes place beginning at 7 p.m., Friday, at First United Methodist Church, 11929 State Highway 12 in Mauriceville.

Artists scheduled to perform include the Orange County-based act, 70 Times 7, Kingdoms United from Lumberton, Texas, Uhnayus from Vinton La., and Orange-native Eugene Gill. Admission is one non-perishable food item, such as a canned good of boxed food item, but more than one donation is accepted and encouraged.

Greg Hayes, the bassist and vocalist for 70 Times 7, and the rest of his bandmates, created this event in 2012. It has been held in Silsbee, Port Arthur and in Beaumont, so the next logical location was in Orange County.

“As we have each year, we are doing this to benefit the Southeast Texas Food Bank,” Hayes said. “There is no big reason for doing it in a different location each time, but, since we are a ministry-driven band, we did think that returning the benefit to a church setting would be appropriate.”

Hayes said finding other artists to donate their time and energy was not too difficult and he believes it serves the greater good for all by being part of an event such as this.

“Even though we all know musicians struggle, sometimes it does a person or a band good the greater good on a personal level to pay it forward from time to time,” he explained. “It leaves egos at the door and it reminds us that we are all in the same brotherhood of man, so to speak.”

Hayes hopes people of all ages and fans of all music types will take the time to stop by the church and enjoy the music or just stop by and make a donation to help those who are in need across Southeast Texas.

“We need to be reaching out to thers and doing things to be the hands and feet of Christ,” Hayes added. “Anything else is just playing church.”