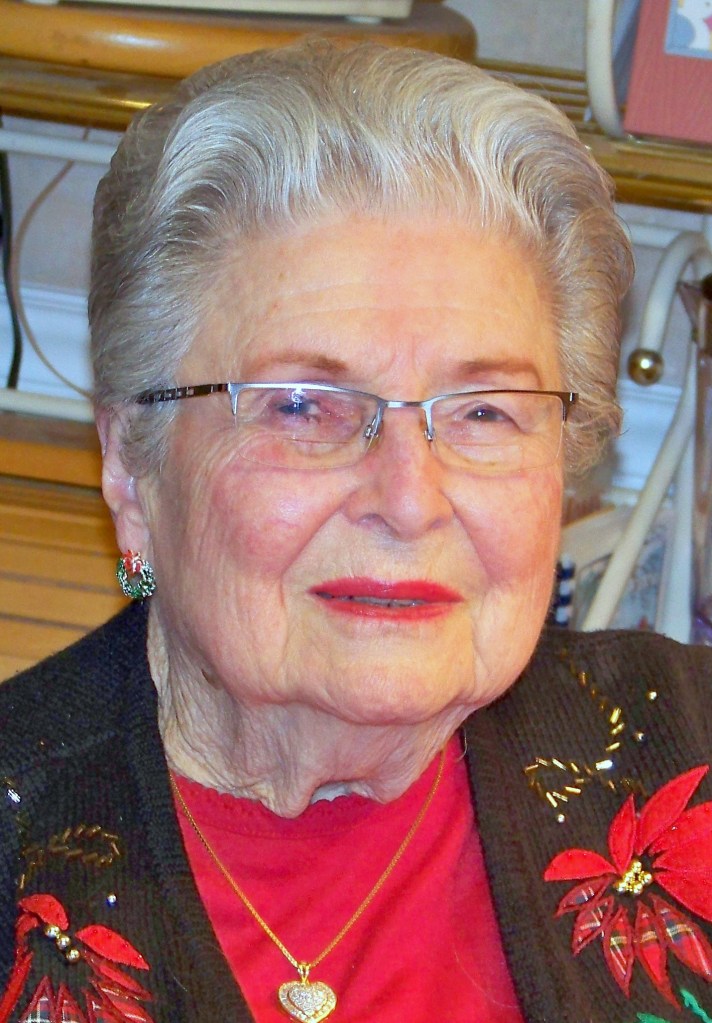 Helen Frances Crawford Sweatman, 91, of Bridge City, Texas, passed away at her daughter’s home in Spring, Texas, on Saturday, July 18, 2015.

Funeral services will be at 2:00 PM, Saturday, July 25, at Claybar Funeral Home in Bridge City, Texas.

Visitation will be at 1:00 PM prior to the service.

Born in Houston, Texas, on July 6, 1924, she was the daughter of John E. Crawford and Georgia Mitchel Crawford.  Soon after her birth, her family returned to Silsbee, Texas.  After graduating high school, she moved to Beaumont to attend Chenier School of Business where she excelled at typing, shorthand, and other office skills.  Following completion of her secretarial training, she became a legal secretary at a Beaumont law firm.  In 1942, mutual friends introduced Helen to James Clarence Sweatman, and they married May 5, 1943.  She continued working at the Beaumont law firm while he served in the Army Air Corps.

After WWII was over, they began their life together and eventually settled in Bridge City around 1954 to raise their family.  Helen, a devoted wife and mother, was also an accomplished seamstress who dedicated much of her time to creating wardrobes for her two daughters.  Later, she and her husband participated in Square and Round Dancing, and she utilized her sewing skills to create beautiful dance costumes.

Helen enjoyed many years of traveling around the USA with her husband, Clarence, in their various RV’s.  Although she lived in Spring for the past 5 years, she still considered Bridge City her home where she was a member of First Baptist Church for about 60 years.

She was preceded in death by her husband of 67 years, James Clarence Sweatman, her parents, Georgia Mitchell and John Edward Crawford, her two brothers, John E. Crawford, Jr. and Charles H. Crawford, and her son-in-law, George M. Jones.

Special thanks and deep appreciation go to Lavone Long, Helen’s longtime nurse, and Elena Manzano and Talitha Nowajewski, caregivers who assisted Deborah over the past year, for their loving care and concern.

In lieu of flowers, the family requests donations be made to the charity of your choice.