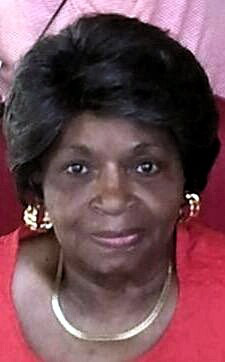 The life of Mrs. Bettye Grace Nelson will be celebrated during a Mass of Christian Burial Friday, July 17, 2015 at 11:00 a.m. at St. Therese Catholic Church.
Rites of Christian Burial will follow in Magnolia Cemetery in Beaumont, TX under the direction of Sparrow Funeral Home.
Visitation will be Friday from 9:00 a.m. until 10:30 a.m. at the church.
A Rosary will be prayed at 10:30 a.m.
She died July 10, 2015 at Danbury Hospital in Danbury, CT.
Mrs.  Nelson was born August 12, 1933 in Dallas, TX to Mr. Henry and Mrs. Rose (Sias) Botley.
After birth, she was raised in Beaumont, TX.
In 1954 she married Mr. Whitney Nelson, Jr. and they made Orange their home in 1956.
She was a member of the St. Therese Catholic Church while residing in Orange.
An educator, she worked as a Librarian and Counselor in the West Orange-Cove School District for some 37 years before retiring in 1997.
She moved to Danbury, CT in 2003.
Her affiliations include the Texas Librarian Association, National Teachers Association, Retired Teachers Association, and Delta Sigma Theta Sorority.
Her husband preceded her in death.
Forever cherishing her memory are 2 daughters, Cheryl Moorman of Washington, D.C. and Angela Archon of Danbury, 1 brother, Robert Botley, Sr. of Palm Springs, CA and 2 grandchildren.
Offer sympathy expressions at sparrowfuneralhome.com