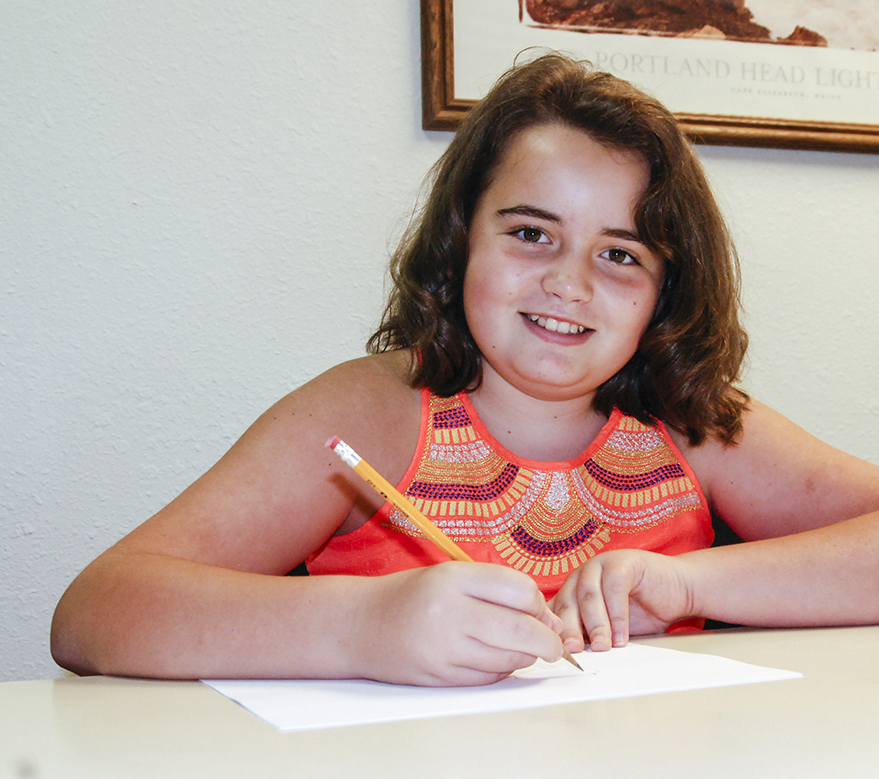 Mallory Huggins, 12, recently returned from participating in the 2015 Lone Star Leadership Academy Camp in Dallas/Fort Worth.

Huggins was selected based on her academic success, demonstrated leadership ability, involvement in school and community activities and a nomination from her teacher, Beth Bandiero.

“At first I thought I was going to be late because it was so far away,” Huggins said. “There were so many kids there and we had fun. There were lots of things to do.”

While in Dallas/Fort Worth, Huggins was able to visit several sites in the area including the United States Bureau of Engraving and Printing and the National Cowgirl Museum and Hall of Fame.

“It was interesting to see the printing stages of money,” Huggins said. “They were making $100 bills while we were there. Now I have been to two. I visited the one in Washington D.C. and one in Texas this year.”

Huggins also said the National Cowgirl Museum and Hall of Fame was ‘awesome’.

“There was a story there about a lady who was afraid of water,” Huggins said. “She would climb this large thing and jump onto her horse in a pool of water.”

The trip was her first one away from home.

“I did have my MeMe with me,” Huggins said referring to her grandmother, Shelia Smith.

Huggins list of accomplishments from the 2014-2015 school year reflects her love for drawing and reading.

“My teachers encourage me to reach a higher goal,” Huggins said. “MeMe encourages me to make good grades.”

“That is because we know you can,” Mac Smith, Huggins grandfather, said.

Huggins said she equally enjoys reading books about animals as she does drawing.

“I like to draw with whatever is available and colorful,” Huggins said.

Participants of the camps must be in the 4th-8th grade and maintain an 85 or higher average.