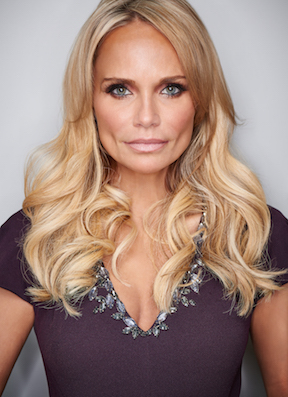 Kristin Chenoweth is just one of the many featured attractions for the 2015-2016 season at the Lutcher Theater in Orange. (Courtesy photo)

ORANGE — The Lutcher Theater has a big season planned for 2015-2016 and it features a lot of big names, some familiar events and new productions.

The Lutcher Theater for the Performing Arts unveiled its lineup for the 2015-2016 theater season earlier this summer and its list of performances are sure to be popular with season ticket-holders and those who enjoy touring Broadway musical events.

The featured artist for the upcoming season is Kristin Chenoweth, a renowned actress of stage and screen, as she performs on Wednesday, March 16, 2016.

Chenoweth is known for her voice as much as she is for her acting skills, as she has starred in Broadway productions of “Wicked” and “You’re a Good Man, Charlie Brown.” She has co-starred in movies, such as “RV” and also been part of several hit television series, including “Glee,” “The West Wing,” and, most recently, “Pushing Daisies” on ABC.

“Kristin is on Broadway right now, and she will be coming to us early next year once she is done on Broadway,” said Jim Clark, director of the Lutcher Theater for the performing arts, about the biggest show on the season schedule. “It’s the only Texas performance she has, so we are very fortunate to have her.

“She’s an amazing talent,” he continued. “She’s opera trained, but  does popular material when she does these kinds of performances. She is the first artist we can say is coming to us direct from Broadway and really mean it. It’s going to be a great show.”

Familiar events returning to the Lutcher Theater for this season include “Joseph and The Amazing Technicolor Dreamcoat,” “Annie” and “Riverdance.” Other highly anticipated events, which should draw tons of interest, include “The Producers,” “Ragtime the Musical” and the very popular “Saturday Night Fever.”

“This is the third time ‘Riverdance’ will be here, and its always popular,” Clark added. “The 20th anniversary show is a rejuvenated tour as they have brought back some of the old tunes and old dance routines. It’s very exciting and the hall just shakes when they are all on stage dancing.

“We have some new productions on tap this year too,” he continued. ” ‘The Producers,’ ‘Saturday Night Fever’ and ‘Bullets Over Broadway’ are all brand new productions and

Concert performances on this year’s schedule include a stellar country concert by Vince Gill and the Time Jumpers, a special showcase at Shangri La featuring the Symphony of Southeast Texas, “hot jazz” by The Hot Sardines and a bluegrass quintet, “The Hillbenders,” as the group provides its own interpretation of the The Who classic with “Tommy: A Bluegrass Opry.”

“Vince Gill is a very popular artist and we expect his show to sell quickly, so people may not want to wait when it goes on sale for individual tickets,” Clark said. “The first half of his show will be all acoustic, and then, during the second-half, the Time Jumpers will join him on stage and they will play music that influenced them. And these guys are some of the best musicians at their craft and a lot of artists use them in the studio. It should be a great show.”

The Lutcher Theater season begins with “Joseph and the Amazing Technicolor Dreamcoat” with performances at 2 p.m. and 7:30 p.m., Saturday, Oct. 3. The family favorite musical is about the many trials and triumphs of Joseph, Israel’s favorite son, and features great songs such as “Go Go Go Joseph” and “Close Every Door.”

At 5:30 p.m., Sunday, Oct. 18, the Symphony of Southeast Texas, featuring conductor Chelsea Tipton II, will perform a variety of musical selections from “West Side Story,” “Spiderman,”

“Pirates of the Caribbean” and more on the Great Lawn of Shangri La Botanical Gardens and Nature Center in Orange, as the event coincides with the annual Scarecrow Festival.

Country music fans will enjoy an “evening with” performance by Vince Gill and Time Jumpers at 7:30 p.m., Wednesday, Nov. 4, as each member of the group is a respected musician at his instrument of choice.

The holiday season will feature two great attractions at the Lutcher Theater this year, and it begins with “Ragtime the Musical” on Saturday, Dec. 12. Set at the turn of the century, the musical is the “story of an upper-class wife, a determined Jewish immigrant and a daring young Harlem musician.”

On Sunday, Dec. 15, the annual holiday event is “A Very Electric Christmas,” which is a dazzling blacklight theater family event about a young bird named Max and his family, as they head south for the winter. Max gets blown off course during a snowstorm, which is where the adventure begins as he encounters Nutcracker soldiers, dancing poinsettias, and the evil Rat King.”

The New Year will features numerous events which will make you laugh and tap your feet, and it begins on Friday, Jan. 15, 2016, with “The Producers,” a side-splitting, laugh out loud production created by Mel Brooks.

“Annie” is one of the most well-known Broadway  musicals ever created, and it returns to the Lutcher Theater stage with performances at 2 p.m. and 7:30 p.m., Saturday, Jan. 23, 2016. Songs such as “It’s a Hard Knock Life,” “Easy Street” and “Tomorrow” will have fans singing along in this charming story of everyone’s favorite orphan.

Bluegrass quintet The Hillbenders travel to Orange, Texas to deliver their version of the The Who’s rock opera on Tuesday, Feb. 2, 2016, with “Tommy: The Bluegrass Opry,” complete with banjo, dobro, guitar, bass and mandolin, as the group performs the classic album from start to finish, and more.

On Tuesday, Feb. 16, 2016, The Band of the Royal Marines and The Pipes, Drums and Highland Dancers of the Scots Guards will deliver an evening of “precision and pageantry” as it performs a mix of music from orchestral to dance band.

“Riverdance” fans can rejoice as the “Riverdance 20th Anniversary World Tour” comes to two town for two nights on Wednesday, Feb. 24 and Thursday, Feb. 25, 2016. Audiences of all ages will be dazzled by Irish dancing and music and song.

“Bullets over Broadway” arrives for two performances on Saturday, March 5, 2016. This musical comedy, which is written by Woody Allen, is the story of a young playwright who needs financial backing for his next production, but, in his desperation, accepts a deal from mobster who is trying to impress his showgirl girlfriend.

One of the most popular movies of all time, “Saturday Night Fever,” comes to the Lutcher Theater stage on Tuesday, March 29, 2016, and features all the legendary classics from the Bee Gees, such as “Stayin’ Alive,” “Jive Talking,” “You Should Be Dancing” and more, as well as new songs written especially for this production.

The Hot Sardines will deliver a night of Jazz music like no other on Wednesday, April 26, 2016 as fans can enjoy an amazing modern performance which brings to life the jazz sounds of the 1920s, 1930s and 1940s. Featuring vocalist “Miz Elizabeth” Bougerol and bandleader Evan “Bibs” Palazzo, as well as a tap dancer, this concert is sure to heat up this spring night in Orange County.