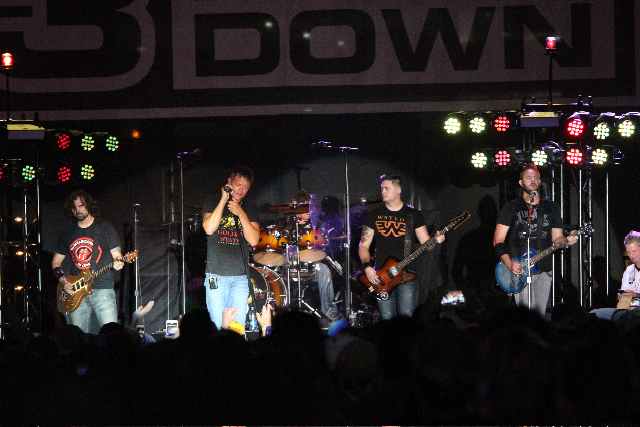 3 Doors Down performed a blazing set of hits and new tunes in front of a sold out crowd at L'Auberge Casino and Resort in Lake Charles, La. this past week (July 2, 2015) to kick off its summer tour.

Mississippi rockers 3 Doors Down left little doubt why they are one of the most popular rock acts of the 21st Century as the group amazed a sold-out crowd last Thursday (July 2, 2015) at L’Auberge Casino and Resort in Lake Charles, La. The band kicked off its summer tour in Lake Charles and unleased several new songs on its fans, as well as many of its hits such as “Kryptonite,” “Loser,” “Duck and Run” and more. The group’s new album, “Us and the Night,” will drop later this year.