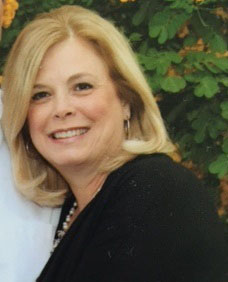 Patricia Hale Weir passed away on June 23, 2015 at her home in Frisco, Texas surrounded by family and friends.  Tricia was born on July 5, 1954 to Paul E. and Charlotte “Chockey” Hale in Beaumont, Texas.  She was raised in Orange, Texas attending Lutcher Stark High School.
In 1977, she received her B.A. degree in Nursing from the University of Texas at Austin where she was later employed as a Charge Nurse at the Austin State School.  In 1978, she married Keith Weir, the love of her life, in the First Presbyterian Church in Orange.  They moved back to Orange in 1981 where they enjoyed 37 years of marriage, raising two children, Taylor and Justin.
Tricia worked briefly for Southeast Texas Hospice before she found her passion of caring for the children in local schools.  She worked for West Orange-Stark School District, mainly Anderson Elementary, beginning in 1985.
In 1993, she transferred to Mauriceville School District where she worked for 15 years.  She was a loving and caring influence to both the children and the staff of Mauriceville Elementary until her retirement in 2007.
She was a member of Delta Kappa Gamma and a dedicated member of Service League of Orange for many years.  During her lifetime, she served in numerous capacities for First Presbyterian Church in Orange.
In December of 2014, she and Keith and her mother, Chockey, moved to Frisco, Texas to be close to her children and 3-year-old grandson.
She is preceded in death by her father, Paul E. Hale and her sister, Julie Ann Hale.  She is survived by her mother, Chockey Hale, her huband, Keith Weir, her sister, Frieda Hale of Houston, her son, Justin Weir of Dallas and her daughter, Taylor Edwards, son-in-law, Casey Edwards and grandson, Cason Edwards of Frisco, Texas.
A Memorial Service will be held on Saturday, June 27th at 1:00 PM at First Presbyterian Church in Orange, Texas, followed by a visitation with the family.
In lieu of flowers, donations may be made to Head for the Cure Foundation, a brain cancer awareness non-profit organization.  You may participate online at www.Headforthecure.org by visiting her memorial page at www.headforthecure.org/foundation/memorials/patricia-weir or by mail at
Head for the Cure
2020 Baltimore, Suite 201
Kansas City, Missouri 64108