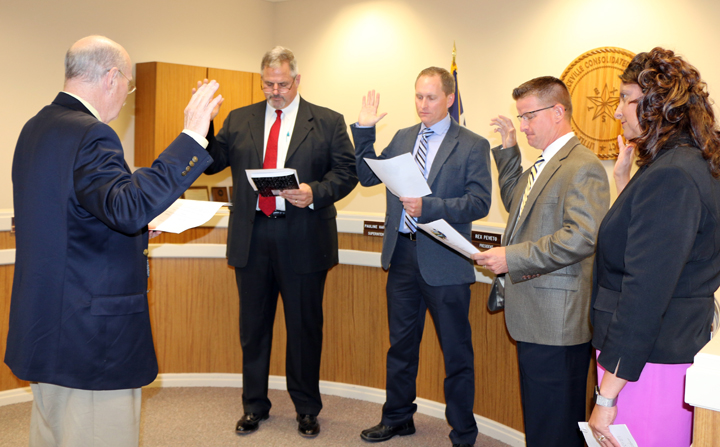 Photo courtesy of Little Cypress-Mauriceville CISD The District’s attorney, Joe Alford, led returning Trustees, from left, Rountree and Jones and newly elected and appointed Trustees, Milstead and Rogers in the oath of office.

Little Cypress-Mauriceville CISD got two new Board members on Monday, June 8, when members for the coming year were sworn in. Returning members included Tammy Rountree and David Jones, who ran unopposed. Aubrey Milstead was also unopposed when he filed for the seat that Don Anderson had filled since 2000.
The Board also had to fill the seat vacated by Jason Woods, who resigned after the May election was held. Ray Rogers was named to that seat by the Board of Trustees.