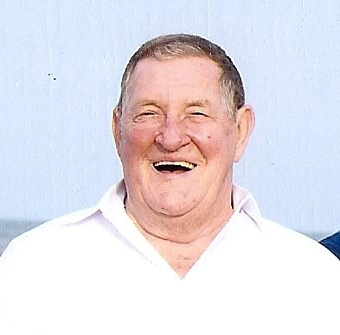 William “Bill” Jack Read, 80, was surrounded by family when he passed away at Magnolia Place in Liberty, Texas on June 17, 2015.  Bill was born in Port Neches, Texas on March 25, 1935 to Leon and Bessie Read.  He grew up in Merryville, Louisiana before settling in Mauriceville, Texas.  An employee of Firestone for 42 years, Bill spent much of his spare time with his sons.  Whether it was fishing at Beavers Bend in Oklahoma or hunting in the Texas Hill Country, he enjoyed the outdoors and sharing the tall tales of their adventures.  His final years were spent in the community of Liberty, Texas.  Bill was active in the First United Methodist Church where he sang in the choir and looked forward each year to the annual men’s banquet.  He was passionate about helping others and continued his service at the Liberty Senior Activity Center.  You could often find Bill at the Liberty Opry on Saturday evenings, enjoying the music and friendship of many.  After moving to Magnolia Place, Bill remained active by calling bingo games, supporting Spirit of Sharing, and those special lunches at Minnie’s place.  As the President of the residents group, he made sure that all the residents had an ear to listen and an extra pair of hands to help with whatever they needed.
Bill was preceded in death by his first wife and mother of his children, Majol Basco Read.  He is survived by their three sons, Blane Read and wife, Joanna, of Mauriceville; Bruce Read and wife, Linda, of Little Cypress; and Barry Read and his wife, Kristi, of Katy.  He was also preceded in death by his second wife, Catherine Holt Read, and son, John Holt.  He is survived by Kathy Johnson and husband, Bill, of Danbury; Jacque Holt; Rick Holt and wife, Emma; and Jess Holt and wife, Kelly, all of Deer Park.  Bill is survived by his wife, Barbara Herrington Read, and children Deena Van Pelt and husband, Robert, of Mauriceville; and Darren Grissom and wife, Sarah, of Leander, Texas.
Family was at the center of Bill’s life and he treasured every moment with his siblings.  Bill was preceded in death by his sisters, Ida Mae Hennigan and Bee Hare Guillott.  He is survived by his two brothers , John P. Read and wife, Darlene, of Orange; and Gerald Read and wife, Gene, of Merryville, Louisiana; along with his two sisters, Merle Craft and Aileen Read, both of Merryville, Louisiana.  Bill was a caring and proud grandfather of seventeen grandchildren and five great-grandchildren, and the favorite uncle to dozens of very special nieces and nephews.
Visitation will be held 5 pm – 8 pm on Friday, June 19, with funeral services on Saturday, June 20, at 10 am.  Both the visitation and funeral services will be held at First United Methodist Church in Liberty.   A graveside service, at St. Mary’s cemetery in Orange, will follow the funeral at 3:00 pm.  All services are under the care of Allison Funeral Service.  Condolences can be sent online to www.allisonfuneralsevice.cm.
The family extends a special thanks to the staff and residents of Magnolia Place, Dave Neal, and to the family of Juan and Maria Venegas, owners of Casa Don Boni.  Your care and friendship was a blessing to Bill and our entire family.  In lieu of flowers, donations can be made to the Magnolia Place Activity Fund, 1620 Magnolia Street, Liberty, Texas 77575.