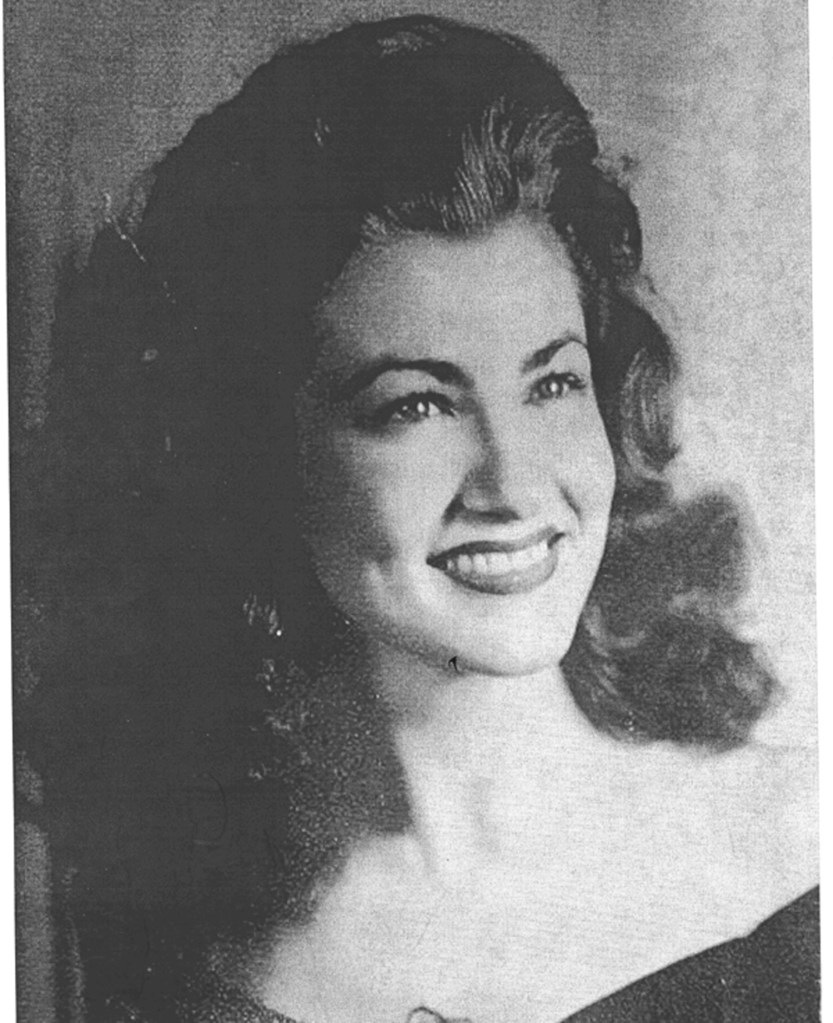 Jerry Nell Harmon 93, was born October 6, 1921, to parents Ethel and Emmitt Ward Taylor in Mansfield, Louisiana. Jerry became ill and passed away suddenly on June 3, 2015, at Herman Memorial Hospital in Houston, Texas, surrounded by her children
After high school graduation, she moved to Orange, where she lived with her older sister and brother-in-law, and landed her first job as a bookkeeper for the Orange National Bank. In 1947, Jerry married Jackie Harmon. They remained lifelong partners until his death in 2004.
Jerry was a member of the first Methodist Church. Throughout the years, Jerry was active in her children’s schools and PTA’s, volunteered for every school field trip and served as a hospital volunteer. Jerry enjoyed the beach and some of her fondest memories were of taking her children and their friends to their family beach house as well as taking her children on summer trips in their family motor homes. Jerry’s children and grandchildren were her life. She loved her bridge club friends whom she maintained for life. Jerry enjoyed painting, arts, fashion and interior design. She exemplified a true “diva”. Jerry was a selfless person, always wanting to fix things for everybody.
For the last twelve years, Jerry resided at the Seven Acres Jewish Senior Care in Houston, Texas, where she was very happy. She was loved by all the staff and throughout her years there, obtained an exceptional level of care.
Jerry is preceded in death by her husband Jackie Harmon, son Rocky Harmon, her parents Ethel and Emmitt Ward Taylor, her sister and brother-in-law Unice and Curtis English and brother Boyce Taylor. Jerry is survived by her daughter Sherry Lane Hernandez, sons Jon Timothy Harmon and Michael Clay Harmon, grandchildren Amber Tatum Orr, Morgan Taylor Harmon and Kaitlin Ivy Harmon, great grandchildren Tatum Riley Orr and Olivia Mercedez Orr, brother and sister in-laws and their spouses Carlton and Betty Harmon, Tommy and Barbara Harmon, Cynthia and Howard Fisher, sister in-law Janie Holton, many nieces, nephews, great nieces and great nephews.
Services for Jerry will be held on Saturday June 13, 2015, at 3:30 PM, at the United Methodist Chapel located at 502 N 6th St., Orange, Texas. A reception will directly follow at the home of Carlton and Betty Harmon, 2205 W Sunset, Orange, Texas for family and friends.