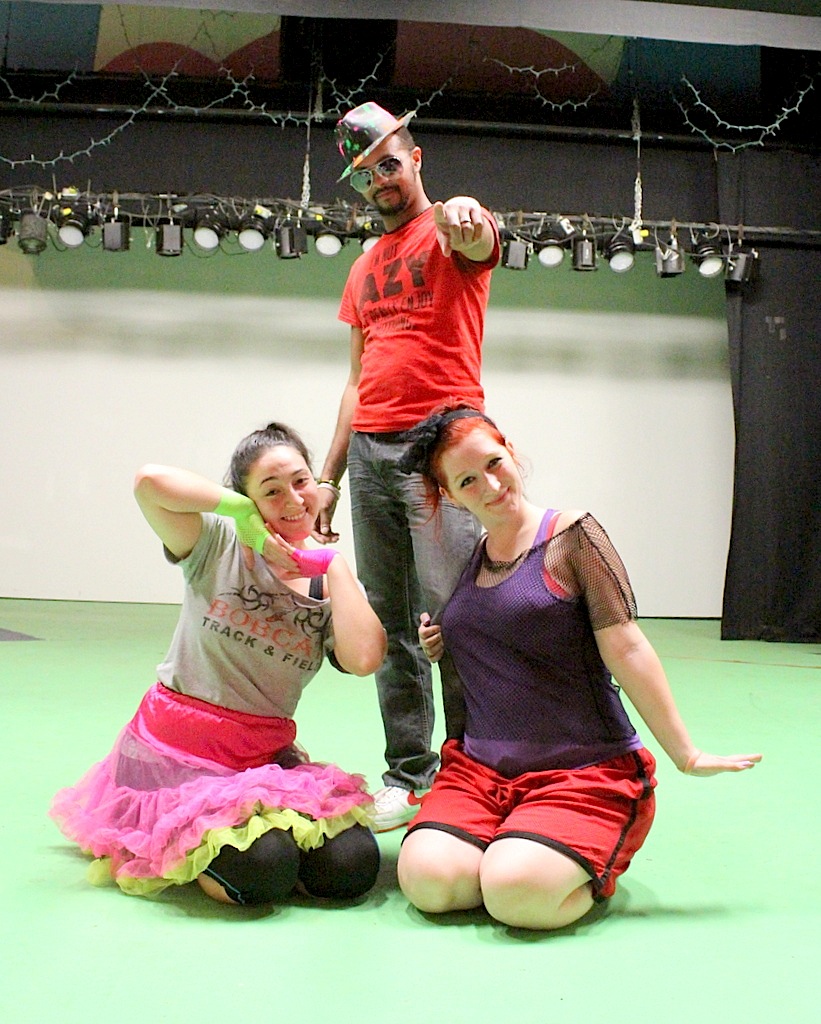 ORANGE — A generation known for its big hair, awesome clothes, gnarly vernacular and radio anthems is back in style this week at OCP.
The Orange Community Players presents its annual fundraising event, “Fun for Funds,” at 7:37 p.m., Thursday, June 4 through Saturday, June 6 at the Playhouse, 708 W. Division in Orange. Tickets are $25 per person and the doors open at 7 p.m. Tickets may be purchased at the door, but reservations are recommended by calling 409-882-9137.
This year’s fundraiser should provide plenty of entertainment with the theme of “Totally ’80s.” The classic MTV-era music of artists such as Pat Benatar, Bonnie Tyler, Bette Midler, Journey and more will be heard, including songs and dance routines from hit movies such as “Dirty Dancing,” “Flashdance,” and “Footloose” just to name a few.
As always, the purpose of the event is to generate much needed funds for the small community theater group and for the improvement of its facility. The show must go on and the cast and crew of the Orange Community Players need the support of the public to make it happen.
“Totally ’80s” is under the direction of OCP veterans, Paul Burch and Codie Vasquez. The music director is Stephanie Pelham and choreography is being handled by John Gray.
“It’s a 100-year-old building,” Vasquez said. “Ticket sales from our season don’t come close to covering the expenses. There’s always something in need of repair. This helps (OCP) cover the costs of things that might be out of the ordinary.
The fundraiser was originally called “Broadway Fun for Funds” and was held in 2004 with a cast of approximately 20 people. It has grown up to 60 people of all age groups and continues to be the biggest fundraiser event for the local theater group.
“We quit using ‘Broadway’ in 2014 because we wanted to branch out and do other stuff just besides Broadway musicals,” Vasquez added. “This year’s event is a perfect example. My one regret is we can’t have more songs. There is so much good music and good movies from that time period. I wish we could do it all.”
Guests will be treated to hors d’oeuvre, wine and beverages pre-show and tasty desserts, coffee and other beverages during intermission.
An added part to this year’s fundraiser is crowd participation. Guests are encouraged to dress in ’80s attire as part of a costume contest. A winner will be selected each night and awarded four tickets to any OCP show for its 2015-2016 season, which will be announced later this month.
Also, a prize drawing will be held during intermission each night. Tickets are available for $5 each and the winning ticket will be awarded a season membership for a family of four to the upcoming season.
“I think this year’s fundraiser is something people can really get into, and the costume contest is a great example and another way to make it even more fun,” she said. “And if it helps OCP in the process, then that’s even better.”
Reservations for the “Broadway Fun for Funds” event can be made by calling the Orange Community Players at 409-882-9137.

Entertainment for the week of June 3 – June…