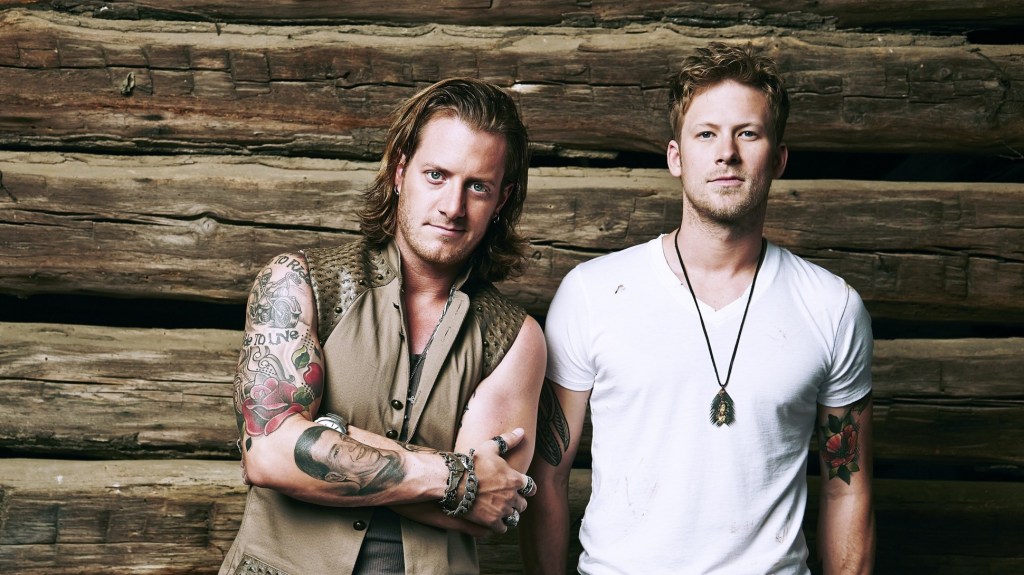 One of the most popular country acts of the year, Florida Georgia Line, is headed to Southeast Texas as the duo will perform on Aug. 20 at Ford Pavilion. Tickets go on sale May 29. (COURTESY PHOTO)

BEAUMONT — The Billboard “Country Artist of the Year” is heading to Southeast Texas this summer.
Country music duo Florida Georgia Line will bring its brand of “bro-country” to Southeast Texas this summer as the “Anything Goes Tour” arrives on Thursday, Aug. 20 at Ford Pavilion in Beaumont. Special guests include Thomas Rhett and Frankie Ballard.
Tickets are $27 for lawn seating and $61.50 for reserved seats and go on sale at 10 a.m., Friday, May 29 at all Ticketmaster outlets, including the Ford Park box office, HEB Plus on Dowlen Road in Beaumont, www.Ticketmaster.com and charge by phone at 800-745-3000.
Florida Georgia Line is comprised of country music artists Brian Kelley and Tyler Hubbard, from Florida and Georgia, respectively. The duo formed in 2010 and quickly hit the charts with the its May 2012 EP, “It’z Just What We Do,” which peaked at number 105 on the Billboard Top 200 albums chart and number 18 on the Billboard US Country chart.
The duo, which is best known for its songs “Cruise,” “Stay,” “Dirt,” “This is How We Roll,” and others, is touring in support of its Billboard number 1, Gold-selling record, “Anything Goes,” which was released in October 2014. The tour is one of the hottest concerts of the year as the majority of tour dates have been selling out.
On May 17 in Las Vegas, at the Billboard Music Awards, Florida Georgia Line won the Billboard “Country Artist of the Year” award. The duo beat out other high profile acts such as Luke Bryan, Blake Shelton, Brantley Gilbert and Jason Aldean, who performed at Ford Pavilion in Beaumont on May 15.
For more information on Florida Georgia Line, visit www.floridageorgialine.com and visit www.fordpark.com for more information on upcoming events at the facility.