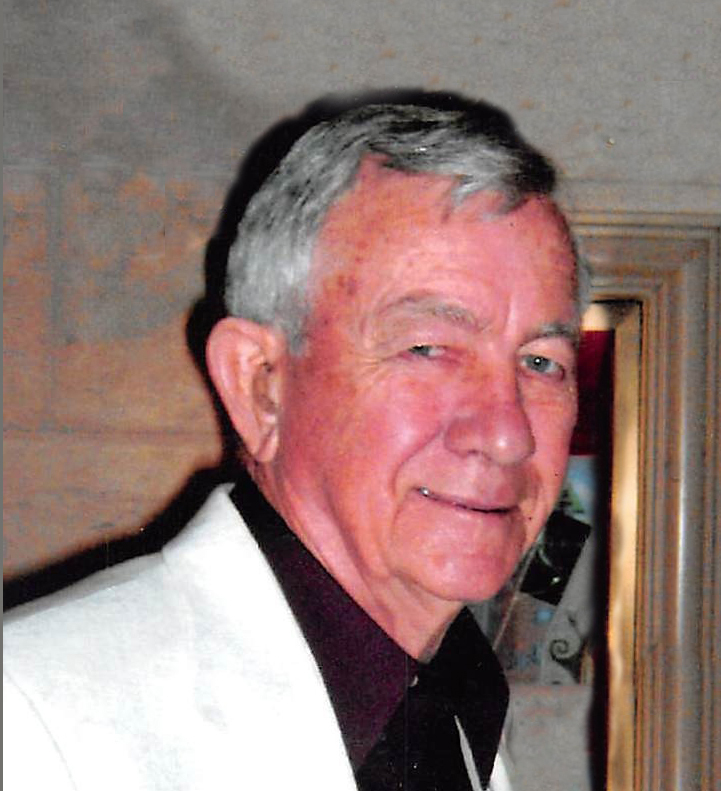 Mr. Webb was born May 12, 1930 in Jonesville Louisiana to Houston Carter Webb and Gladys (Webb) Webb.  Charles entered God’s Heavenly Kingdom at the age of 84 on May 10, 2015, peacefully in his home surrounded by his loving wife and family.  He will be joyfully celebrating his 85th birthday with Jesus.
Charles was a 1947 graduate of Lutcher Stark High School and a member of the Bengal Lancer Marching and Concert Band.  He was a faithful member at McDonald Memorial Baptist prior to his illness and thoroughly enjoyed the fellowship of his Adult Five Sunday School Class.  Charles was a long-time volunteer and board member of Orange Christian Services, RSVP for Senior’s and the Presbyterian Soup Kitchen for many years.  He was a long standing member of the Kroger Koffee Klub with his retiree buddies.  He got much satisfaction in delivering the pastry and bread donations to OCS and the Serenity House.  Charles was an avid water skier.  He and Garland Sims built their first pair of skis. They went to the Orange City Dock in Garland’s boat and tested the skis.
Charles was the first person in Orange to be seen skiing. The Aqua Demons & Debs ski club was organized in 1954, performing in many states.  Charles and Joette, along with three other members are remembered for skiing in a four hour marathon trip to Galveston for the Galveston Harvest Day Celebration.  Charles was a charter member and instrumental in organizing the Orange Community Band in 1959.  He retired from DuPont Sabine River Works in 1985 after 38 years of service.  He served over 28 years before retiring from the Army Reserves as Master Sgt.
Charles was preceded in death by his parents.  He is survived by his loving wife of 59 years, Joette Evans Webb; daughter Rhonda Jo Webb of Dickinson; Suzanne Webb Moreau of College Station and husband Chuck; He was fondly referred to as Dado by his grandchildren, Charles Brandon Moreau and wife Sarah; Chandler Webb Moreau and Dustin Kyle Moreau and Amanda Jo Webb Hope and husband Steven, all of College Station.  He is also survived by two sisters, Virginia Merrington of Garland TX, JoAnn Turner of Lake Charles LA and brother, Duane Webb and wife Billie of Corpus Christi TX; many nieces, nephews and a host of friends. He will be greatly missed by his loyal companion cat, “Prince” and loving dog “Honey”.
A special thanks to Oakwood Manor Nursing Home Staff in Vidor TX, Southeast Texas Hospice, his care-givers Gloria Bertrand and Dell Chambers during his final days at home. To all of our cherished friends and family we would like to show our appreciation for your continued prayers and servant hearts during this difficult time.
The family requests that memorial donations may be made in his memory to Orange Christian Services or McDonald Memorial Baptist Church.
Funeral services will be 11:00 a.m., Saturday May 16, 2015, at McDonald Memorial Baptist Church in Orange. A visitation will be held from 5:00 p.m.-8:00 p.m., on Friday May 15, 2015 at Claybar Funeral Home in Orange.
Serving as pallbearers will be Brandon Moreau, Chandler Moreau, Dustin Moreau, Chuck Moreau, Steven Hope, Pleas Evans, Paul Evans and Duane Webb.