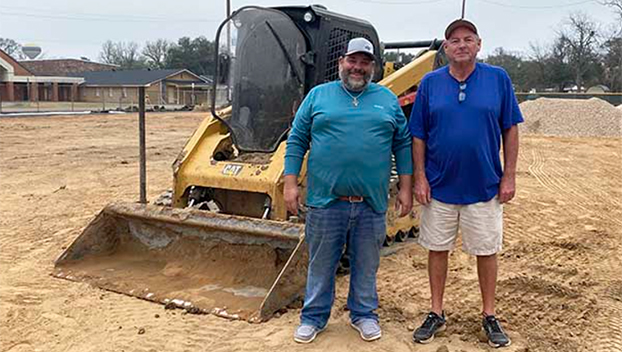 To those passing by, the mounds of dirt at the Park Drive ballpark look like routine construction. But in reality, it’s the culmination of years of hope that will benefit hundreds of athletes in Orange County, Mid County, Port Arthur and more.

Earlier this month, work began to add artificial turf at the Mid County Senior Babe Ruth ballpark in Nederland, where athletes from both organizations play.

“We’re working really well together,” said Jimmy Collins, Babe Ruth president. “They needed a place to play, and what a great idea to put turf. It benefits everybody.”

A.S.K. began 12 years ago through the work of six founders in Orange County. Originally, the organization began under the Little League Challenger division, which is tailored to athletes with special needs. But with it came an age limit.

Those looking for any additional information can call Nation at 409-779-2228, or check out the Adaptive Sports for Kids Facebook page, which has additional contact details. 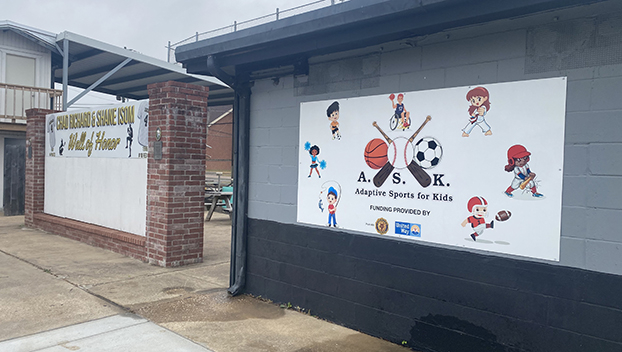 The Adaptive Sports for Kids banner is seen outside the organization’s upgraded facility. (Monique Batson/The Leader)

“We had players that were too old,” Nation said. “Instead of telling them, ‘I’m sorry, you can’t play anymore,’ we decided to start our own nonprofit and go out on our own.”

Now, A.S.K operates around the calendar with a multitude of events. January starts with Taekwondo, followed by a beauty pageant in February. March through May is the spring baseball season, which brings the most registrations for the league.

June sees soccer and bowling with basketball following in August. There’s a fishing tournament, fall baseball and a banquet in October. And November closes the year with a dance recital.

“It’s all for fun. It’s getting the kids out of the house, getting them exercise, socialization, and making new friends,” Nation said.

For years, A.S.K. played baseball at Doornbos Park. But as the league grew, so did their needs.

“We have athletes that are in wheelchairs or use walkers,” Nation said. “If we get rain, home plate gets muddy and soft. You can’t run the wheelchairs across it. Walkers get stuck in it.”

But the idea to install artificial turf required funding.

“We started the program with zero funds,” Nation said. “Over the years, we’ve been blessed with many donations. We have fundraisers for ourselves, as well.”

The United Way of Mid and South Jefferson County, Valero and American Legion Post 493 have been large supporters of the league. And last year, Valero presented A.S.K. with a $120,000 grant to assist with the field.

“We will never have to worry about rain, whether it’s too wet to play, or wheelchairs and walkers having good access,” the executive director said. “It’s good for everyone.”

Collins said after the turf is installed, they will continue to make improvements to the field.

Completion is set for early March.