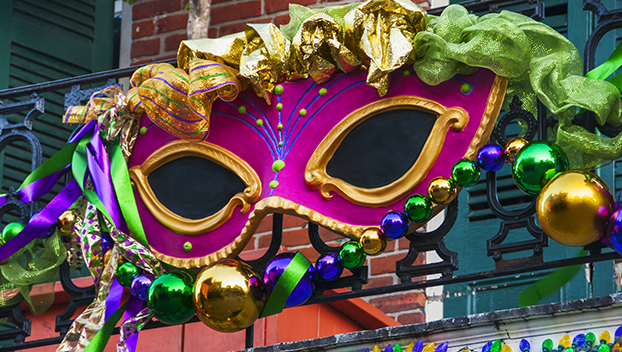 BEAUMONT — Southeast Texas Circle of Hope is ready to let the good times roll with the eighth annual Pardi Gras.

Tickets are $26 per person and can be purchased by going to southeasttexascircleofhope.com and clicking BPG2023 at the top of the screen or by calling 409-550-7135.

There will be beans and rice by Mae’s On the Geaux Catering and Royal Dukes Band will bring the live entertainment.

There will also be Mardi Gras merchandise, a photo booth and a shoe shine booth.

Revelers can bring their own food trays and king cakes if they choose to do so, organizers said.

Emcees will once again be Dana Melancon and Krissy Karr Melancon.

Beaumont Pardi Gras is an event the Southeast Texas Circle of Hope came up with that benefits people in need of medical assistance for funerals, founder Emmett Hollier said.

SETX Circle of Hope is a nonprofit organization and has expenses such as liability insurance to cover but there are no paid employees, only volunteers.

“That’s the blessing of it,” Hollier said. “Our budget is only about $7,000 a year but we raise more money than the operating budget. This allows us to help someone that has cancer and needs to go to Houston for treatment but doesn’t have the gas money, so we give them a $500 gas card.”

Or a person may need to stay in a hotel while undergoing treatment; Circle of Hope helps with that also.

One particular success story is of a family in need of a specialized tricycle for a 5-year-old with cerebral palsy.

The tricycle had pedals on top, allowing the child to use her arms to pedal and there was an area to strap her feet in where the regular pedals are located. This made the child’s legs work along with her arms.

Later, when the child went to her doctor, the medical professional noticed her legs were more toned and the family told him of the specialized tricycle.

The hospital then made sure children under his care for this particular condition were given this type of tricycle, thus connecting Southeast Texas with the world.

Hollier founded Circle of Hope in 2010 and it became a full fledged nonprofit in 2014, he said.

“The reason we started it was that I had a classmate that had terminal cancer. Me and another classmate were talking and said we need to do something to help him out so we did a link sale,” Hollier said. “And we did a few more link sales and fell in love with it.”

Circle of Hope has seen board members and about 30 consistent volunteers.

“Over the last 12 years we have helped 150 different families and other nonprofit groups with about $1.9 million. I think we will hit the $2 million mark this year,” Hollier said.

Hollier is pleasantly shocked at the success of the organization, saying that if someone had told him in 2010 they would still be in operation he wouldn’t have believed it.

He said Circle of Hope is also blessed with many partners and companies that sponsor the event every year.

“Thank you to the Southeast Texas area for always supporting us whether they are a partner with big donations or an individual buying a link at a benefit and to all volunteers over the last 12 years,” Hollier said.

Jimmy Quebedeaux, volunteer and board member, said this week they are close to selling out on table reservations, something that hasn’t been done in the past.

As for the dress requirements for the Mardi Gras-themed party, it can be anything from shorts to ball gowns to traditional Mardi Gras clothing.

“It doesn’t matter to us, we just want people here,” Quebedeaux said.