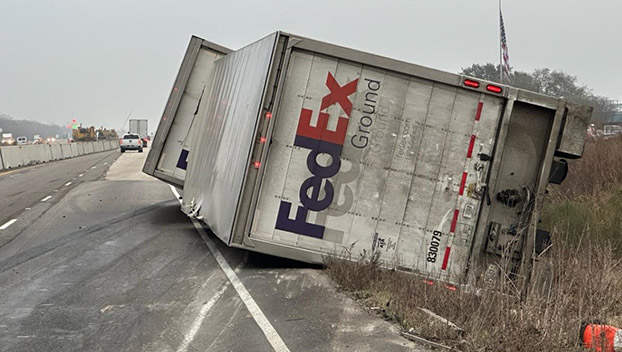 As of 2:36 p.m., TxDOT announced I-10 eastbound at FM365 reopened following an early morning crash.

BEAUMONT — An overturned vehicle on Interstate 10 Tuesday morning is expected to cause delays.

The Texas Department of Transportation said I-10 eastbound is closed at FM 365 due to an overturned 18-wheeler near Smith Road in Jefferson County, just west of Ford Park.

At 9:23 a.m. Tuesday, traffic officials estimated I-10 eastbound would stay closed for several hours as crews work to remove the vehicle.