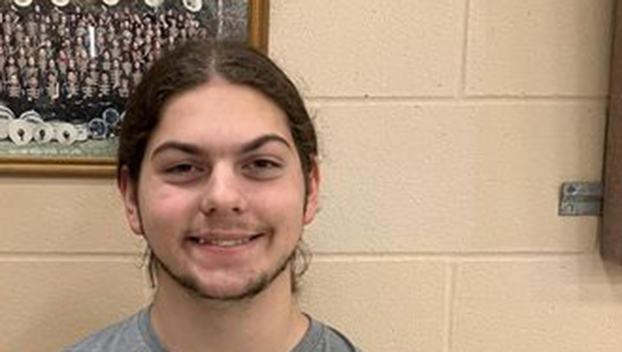 He ended up not following his first inclination because the band already had so many trombone players.

His band director showed him a euphonium that no one else chose.

“I thought it would be really cool to play,” Gordon told me this week. “She gave me the euphonium and I started playing it.”

The rest is history.

The now Orange County 15-year-old is preparing for a Feb. 11 performance at the Lila Cockrell Theatre in San Antonio as part of the Texas Music Educators Association Convention.

It’s a coveted spot earned through competition and stellar performance.

It wasn’t an easy process, Gordon notes, saying the euphonium was quite hard to tackle when he started playing three years ago. 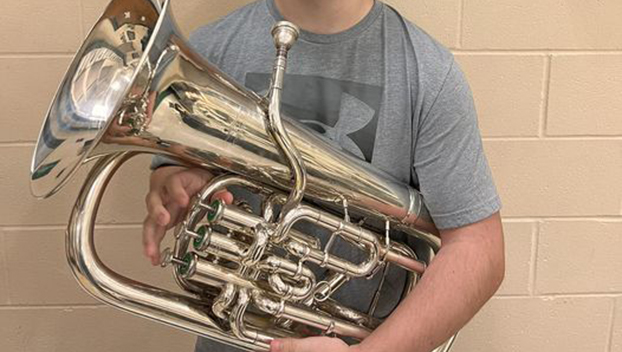 “I just started working on it, kept working and eventually improving,” he remembers. “That motivated me to keep trying.”

Music has long interested the now sophomore at Little Cypress-Mauriceville

And he’s enjoyed the “huge change” that came with going from middle school to high school.

“It’s such a big jump, and the music is so much harder,” he says. “It’s the goal to reach a higher state that really motivates and keeps me trying to get to this better point. I really like the challenge.

“Everyone is really nice and I love everyone who plays the same instrument as me, but it’s always competitive. It’s fun to be the top one out of your friends because you know all these people and it’s a nice little thing to be the best.”

Gordon earned a spot in the ATSSB All-State Band after advancing through the Region competition and placing second in the Area Competition.

The placement qualified him to send an audition recording to the state level, where he was chosen from a wide field of candidates for the All-State Band.

He now gets a chance to perform in San Antonio.

Gordon says the best part of the competition process is exposure to other talented musicians.

“Whenever you get there, you meet all these people for the first time and some you remember from the past,” he said. “You get nervous when you preform because it is in front of all these people who know what you are supposed to play. Using those nerves to get excited for what you are about to do really does help. You have a chance to sound really good in that moment. I was able to capture that and improve so much by doing that.”

Gordon described the Area Competition room has having a big curtain. Behind it are three to four judges. They can’t see you and you can’t see them. The only person the performer can see is the guy telling a performer what can be played.

It is an odd setup, Gordon remembers.

“At first I was very nervous, but then I relaxed and start getting into it,” he said. “Once I got into it, I started rolling.”

Despite his showing, Gordon wasn’t super confident when he finished, “because in Area, there are a lot of people who do really well. I thought there was no chance, maybe top 5. Then they ended up telling me I did good enough to do recordings.”

“To me, it is a phenomenal opportunity,” he said. “Not everyone gets to do this. I have this opportunity and love to be able to do this at such a young age.

“I would like to take (my music) to another level because there is a different region with larger schools. It’s a bit harder and I would love to take it to that level.”

Gordon plans to have music as part of his life long into the future.

“It’s such a wonderful thing because you really just meet so many wonderful people that you would never get the chance to meet otherwise,” he says. “It’s phenomenal and I would like to stay with it as long as I can.”