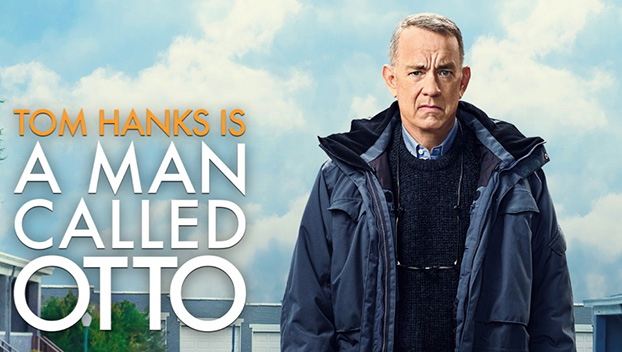 Given that the new movie, “A Man Called Otto” stars Tom Hanks, it’s no surprise that the film is a feel-good charmer.

Based on a Swedish book and an Oscar-nominated foreign language film, this English remake is a little saccharine but still manages to deliver the crowd-pleasing goods, albeit in a minor key.

Tom Hanks stars as the man called Otto. He’s a recent widower who has been forced out of his job. He is a grumpy old curmudgeon wishing he could just quit this world and join his wife in heaven.

Here’s a spoiler, but also a trigger warning in that Otto starts the movie contemplating suicide. Don’t fret, he doesn’t succeed. It turns out he has new neighbors who have an annoying habit of knocking on his door whenever he tries to do himself in.

Those annoying neighbors (Mariana Treviño and Manuel Garcia-Ruffo) are delightful, and they spark a paternalistic streak in the grumpy old man. He finds himself performing little acts of kindness for their family, who respond in kind despite his protests.

“A Man Called Otto” ends up being a film about how the hardest of hearts may soften if we would all stop bickering and show a little compassion for our community. It’s pretty easy to fall in love with a film with a message this wholesome.

On the other hand, let’s not pretend this is a great drama. Hanks is good, but he’s also coasting by on his movie star persona. He may grunt and call people idiots, but it’s impossible to forget there’s a Tom Hanks buried under that gruff and grumpy exterior.

I mean, that’s exactly why you would cast him in this movie, after all.

The neighbors are mostly minor characters or caricatures, with the exception of the new neighbor, Marisol (Treviño) who delivers a touching performance of a woman determined to love her neighbor, no matter what.

It helps that she’s a good cook and has two adorable little girls, but nevertheless her efforts on Otto’s behalf are quite endearing.

It all adds up to a film that will make you tear up at times and leave you with a warm feeling in your heart. I’m not sure why this movie was held until after the Christmas movie season as “A Man Called Otto” seems like a perfect holiday movie for the whole family.

Still, better late than never. The story is endearing, the film is well-paced (although a real estate subplot fizzles) and Tom Hanks continues to be America’s beloved cinematic dad. My jaded head may rate this one as a minor drama, but my heart responded fully to the warmth and charm of “A Man Called Otto.”