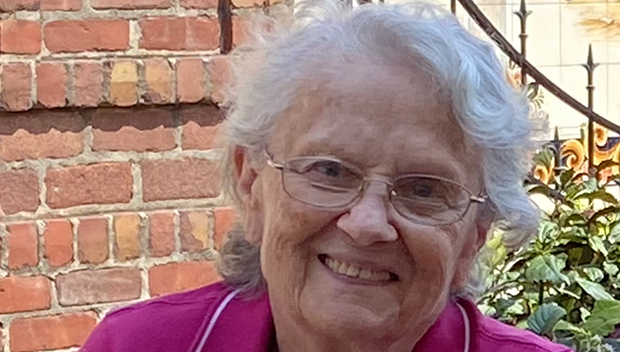 Carol Grace Izer, 81, formerly of Orange, Texas, passed away at her home at Highline Place in Littleton, Colorado, on January 4, 2023.

Born in Mansfield, Ohio, on November 16, 1941, she was the daughter of Raymond and Grace (Teeter) Workman.

She earned a degree in education at Ohio State University and worked as a 1st grade teacher.

She married her high school sweetheart Bob Izer in December of 1963, and they moved to Parkersburg, West Virginia, where he worked as a mechanical engineer for DuPont.

She retired from teaching when she had her two children, and the family was transferred to Orange, Texas, in 1979, where they lived for nearly 40 years.

She was a member of the First United Methodist Church and loved to volunteer, spending years working with the Red Cross, United Way, clown ministries, and visiting nursing homes.

She and Bob enjoyed fishing, camping, and traveling all over the country together, and she continued her love of music, still dancing at parties until the end.

She spent 3 ½ years with her son Jim’s family In Montgomery, Alabama, after Bob passed away, and then moved to Colorado in August of 2022 near her daughter Kim’s family to the excellent care at Highline Place.

Carol loved her family dearly and will be missed by all who knew and loved her.

Carol was preceded in death by her husband, Bob, and her parents, Raymond and Grace Workman.

A memorial service will be held at the Horan & McConaty Funeral Home in Centennial, Colorado, on Saturday, March 4, 2023, at 2 pm.

Those wishing to honor her life can make a donation in her name to the American Red Cross or the Alzheimer’s Association.