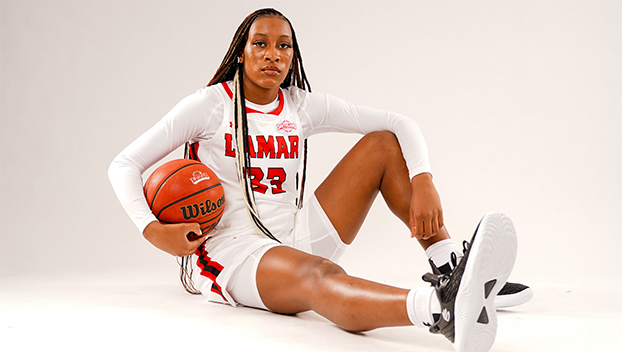 Now, they will hit the road for the first of two conference games starting with a showdown Thursday against the University of New Orleans Privateers. Tip-off will start at 5:00 p.m.

FORECAST PREDICTED RAINING 3’S
The Cardinals made 12 three-pointers against McNeese in their 82-61 win over the Cowgirls. The 12 threes are the most the Cardinals made in a single game this season to date. This included six threes in the first quarter with four of them coming from Portia Adams.

KASH X 6
After averaging 20.5 ppg in the last two games, Akasha Davis was honored with the Southland Conference women’s basketball player of the week. This is her sixth career weekly honor and first from the SLC after earning five awards from the Western Athletic Conference last season.

TRY TO TAKEOVER THE GAME
Sabria Dean tallied 20 points to lead the Cardinals over McNeese. While making 8-of-13 from the field, she recorded 11 points in the third quarter. She is currently second in the Southland in scoring wioth 15.1 ppg only trailing Dyani Robinson (TAMU-Commerce) by 2.5 ppg. She also is first in the conference in steals with 31.

SO, ABOUT THE THIRD QUARTER
The third quarter has been of good use to the Cardinals this season to date. LU has won eight of the 12 third quarter battles they’ve played. In addition, LU is 7-1 when leading after the third quarter with the one loss being against UT-Arlington.

HISTORY AGAINST THE PRIVATEERS
Entering their 41st meeting all-time, the Cardinals hold a 23-17 edge. The last meeting between these two teams on January 2, 2020 saw the Privateers end an end-game losing streak to LU at the Montagne Center.

SCOUTING THE PRIVATEERS
New Orleans is in the midst of an eight-game skid averaging 57.7 ppg while conceding 71.2 ppg to opponents. They are second in the conference in steals per game with 9.9. DeArica Pryor leads the Privateers with 14.9 ppg. She has scored in double-figures in seven games, including a season-high 29 points against South Alabama.

UP NEXT
The Cardinals will continue their road trip to Hammond this coming Saturday to take on Southeastern Louisiana for a 1:00 p.m. tipoff.