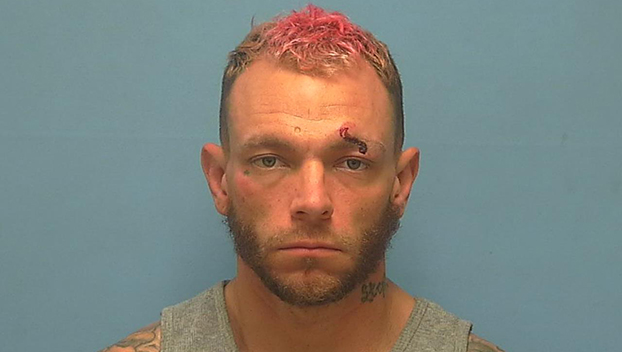 UPDATE: Orange Police arrested 35-year-old Chadwick Alan McMillen Tuesday night following a multi-hour SWAT standoff in the city. The suspect is believed to have led police on a chase earlier.

McMillen is currently charged with aggravated assault with a weapon on a public servant.

A vehicle reportedly stolen from West Orange-Cove Consolidated Independent School District was later used in a smash and grab at a convenience store in Orange Monday morning, police said.

Police said there is a possibility that the crime is related to a police chase Tuesday morning involving a different stolen vehicle pulling a U-Haul trailer that crashed in a ditch.

Orange Police Det. Nick Medina said authorities have not confirmed the two crimes are connected but are working all avenues in the investigation.

The Monday morning crimes began with the theft of an SUV from WO-CCISD. Medina said the district’s police are working that case.

A call to West Orange Police Department was not immediately returned Tuesday.

An email to WO-CCISD’s communication officer was not returned as of press time.

The SUV was used in a smash and grab at Stateline Valero in Orange. The driver is seen on video driving into the store twice, getting out and running inside. The driver is later seen running back to the vehicle.

Medina said significant damage was done to the store, and a cash register was taken that is believed to have money value inside.

The suspect or suspects then fled the scene in the vehicle.

Police do have a person of interest in this crime but no arrests have been made as of Tuesday afternoon.

Medina said police were alerted to a burglar alarm at the Horseman’s store in Orange. A chase ensued from behind the store in the city and ended when the truck crashed in a canal near Cordrey Avenue and 16th Street.

The truck was reportedly stolen from Frey’s Landscape and Lawn Maintenance. A call to the business was not immediately returned.

Medina said no injuries were reported in either case and no arrests have been made.