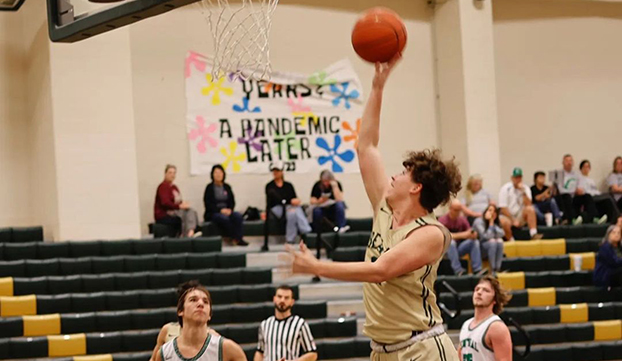 A slew of games were played over a two-day span.

The host Bears snagged a decisive 63-37 victory over the Pollok Central Bulldogs in their first game.

LC-M shot out of the gate quickly, going on a 22-7 spurt in the first quarter s they never looked back.

Noah Fuller, Ben Elliott and Da’Marion Morris each scored six points in the quarter to lead the balanced run.

Fuller led the Bears with a game-high 16 points. Elliott finished with 12 points while Morris had 10. Nine different Bears got into the scoring column.

The Bears increased their lead to 34-15 by halftime and 48-23 by the end of the third quarter.

LC-M forced the Bulldogs into 16 turnovers while the Bears had just six.

In their second game, the Bears dropped a 61-50 decision to Barbers Hill.

Elliott led the Bears with 25 points while Morris had 12. Bryce Smith led Barbers Hill with 22 points.

In their second day of action the Bears held off Australia 54-53 and fell to Hardin-Jefferson 64-57.

Against Australia, Elliott led the way with 20 points and nine rebounds. Morris had nine points, 10 rebounds and nine assists while Alantheon Winn had 10 points.

Against H-J, Elliott notched s big double-double with 21 points and 16 rebounds. Winn contributed 13 points while Morris had 11 and Benton 10.

Bridge City went 2-2 in the tourney as well, winning both their games on the second day, defeating Pollok Central 55-48 and Anahuac 50-45.