Bobcats storm to second at Franklin, see their big wins 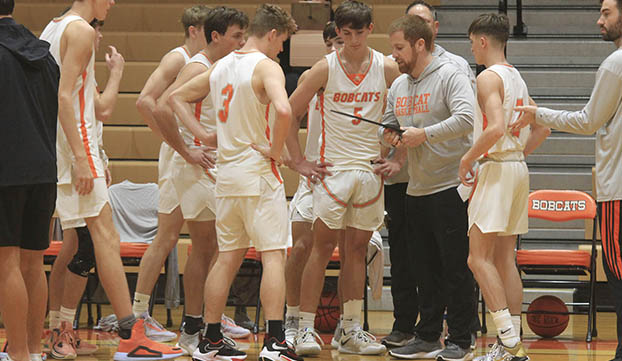 The Orangefield Bobcats had a great showing at the Franklin Tournament, claiming the second-place team trophy and collecting some big wins along the way. (Van Wade/Orange Leader)

FRANKLIN – Making a nice run late, the Orangefield Bobcats fell just short to Center in the Championship Game of the Franklin Tournament to wrap up a great run on the long road trip.

Orangefield tried its best to rally back but fell 62-58 to net the second-place trophy in a tough tournament.

All-Tournament selection Pete Ragusa led the Bobcats with 23 points and had three steals.

In their second day of play, the Bobcats dropped Navasota 54-33 and toppled Manor New Tech 61-52 to advance to the title tilt.

Ragusa tallied 17 points to go along with five assists and three steals.

In the win over Navasota, Ragusa led the way with 13 points and had four assists. Wrinkle filled up the stat sheet, finishing with 10 points, 10 rebounds, five steals and four assists. Scales had nine points. Maddox collected eight points and five rebounds while Morgan Sampson had five points and six boards.

The Bobcats snagged two big wins at the tournament on the first day of action.

The Bobcats ranked No. 17 in the latest Class 3A state poll, defeated sixth-ranked Corpus Christi London 62-50 and also downed Caldwell 62-45.

Against Caldwell, Ragusa had a huge outing for the Bobcats, scoring 32 points and adding four assists and four steals. Ragusa connected on 12-of-24 shots and made three three-pointers.

The Bobcats went on a 18-4 scoring spurt in the fourth quarter.

In the win against CC London, Ragusa remained hot, scoring 28 points to go along with three steals.