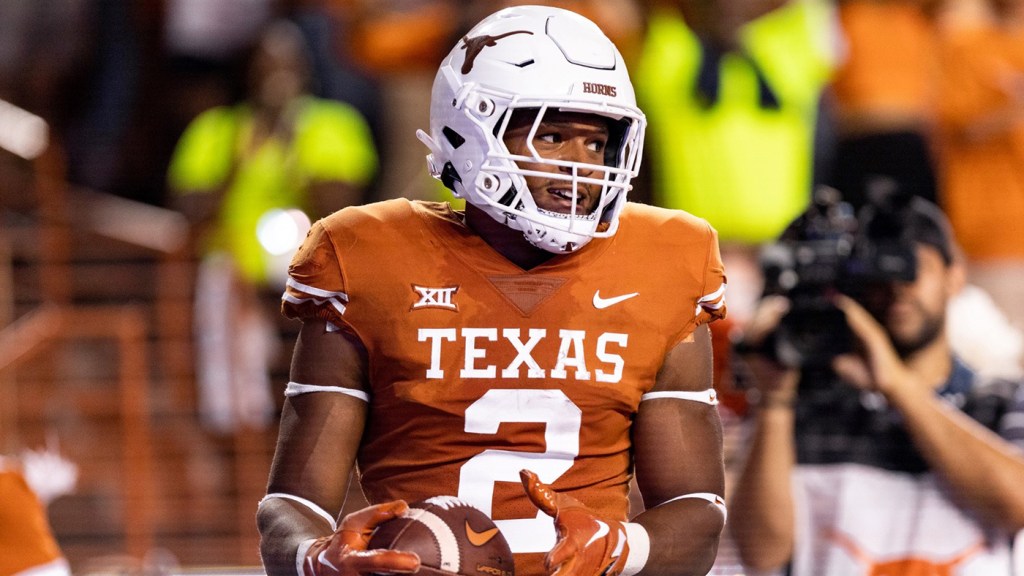 University of Texas standout and PN-G alumn Rosschon Johnson is just one of many college football players that have opted out of bowl games, getting ready for the NFL Draft. (Photo courtesy University of Texas)

There is no question that this time of the year I become a college football bowl game fanatic.

I have no problem watching Marshall play UConn or Baylor taking on Air Force.

Of course my Longhorns are coming up on the docket soon against the Washington Huskies in yet another Alamo Bowl.

Then we have the much-ballyhooed National Semifinals approaching New Year’s Eve. Let’s go TCU Horned Frogs, may they stun the world and knock off Michigan.

Of course, times have changed. There are too many bowl games with teams with 6-6 records, and then there are the players that are starting to opt out and declare for the NFL Draft.

A part of me feels those players are quitting on their team and their teammates they have played with over the last three to four years.

The other part of me agrees with them. One bad injury and their NFL career could go kaput.

It was great to see Texas running back Bijan Robinson have the run he had at Texas. No doubt, he proved to be the best running back in the nation with his First Team All-American status. Ditto for Port Neches-Groves product Roschon Johnson.

Both players have opted out of the Alamo Bowl and will look to stay injury-free as their NFL stock rises.

Robinson is currently the No. 1-rated running back on the draft board by ESPN draft expert Mel Kiper. Meanwhile Johnson ranks No. 10 on that list. Only thing us Longhorns fans can do is say Hook’em and good luck fellas.

No, it used to be that all the bowl games just went on as usual at the end of the season, with teams selected based on their conference tie-in’s. And then, at the end of Bowl season, the AP voters and the voters in other polls would just declare who the National Champ was.

But the one thing that is a constant: Bowl games are played because of the money.

That’s it. That’s the whole reason.

We play these games because they make people money.

The outcry about players sitting out bowl games has always been odd to me because the only real justification we have for the bowls is that they are an end of the season award for the players.

Even back when the National Championship was decided by the big traditional bowl games—think Rose, Cotton, Sugar, Orange —this was still the basic idea of why you should still play the smaller bowls.

There weren’t that many of them back then, but still, that was the point—it was a cool game that the players got to play in at the end of the year in a cool place, usually somewhere warmer, so the players from the north could play in an inviting climate.

Extra practices to get ready for the next season and a trip to a beach possibly…you can’t beat that. Plus, I’ve seen some of the goody bags the bowl participants get…sweet.

There are definitely too many bowl games. Too many Gasparilla and Jimmy Kimmel bowls out there.

To me, the best solution would be the worst record a team could have to participate in a bowl game is 8-4. Reward teams for a better than average regular season.

Other than that, this college football junkie will keep on watching.