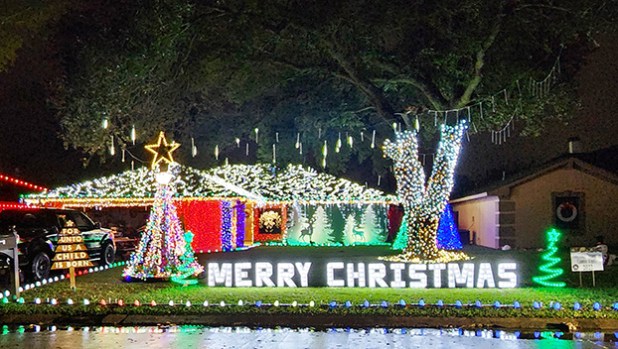 Pat and Patty Cook are the first-place winners with their home on Westbury Street in Orange. (Courtesy photo) 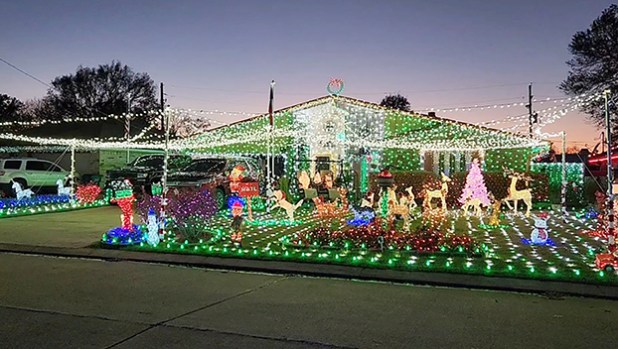 The above home placed near the top of the Christmas lights contest.(Courtesy photo) 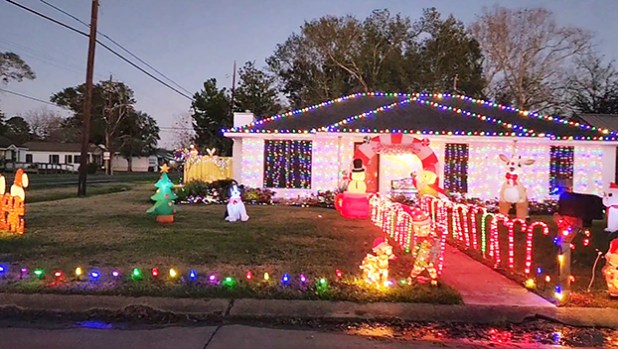 The above home placed near the top of the Christmas lights contest. (Courtesy photo)

The contest began Nov. 21 and announced Pat and Patty Cook as the first-place winners Dec. 19. The contest was judged by the mayor, mayor pro-tem, council members and the general-public through Facebook voting. The Cooks won a Christmas Decoration Contest Winner 2022 yard sign.

“The contest started with a conversation between Brent Dearing, councilman and me,” Mayor Pro-Tem Meritta Kennedy said. “I took it from there and made it happen with the approval of the mayor. Our goal for this year was to bring hope, joy, family and community involvement, not so much for the competition. It was for the spirit of Christmas, positive vibes and the many smiles it would make.”

16 participants were judged based on beauty, theme and creativity.

“What stood out according to many of the voters was the new addition of the deer and the fact it kept Christ in Christmas and the many fabulous lights,” Kennedy said. “One child voter stated, ‘it has just everything.’ Rebekah Ragsdale won first runner-up, Donnie and Jennifer Veitch won second runner-up and Jimmy and Lisa Veitch won third runner-up.”

This will be an annual event for West Orange.

“This is the goal for the future,” Kennedy said. “We will also add several categories that will allow several winners.”

The Cooks were contacted by Kennedy to enter into the contest.

“We are both retired,” Patty Cook said. “We really don’t have a theme. We just started putting up the lights and have added more and more as the years have gone by. It took my husband a solid week to get all the lights up. We have had a separate breaker box put in and electrical outlets put in under eaves, out by the light pole and at base of brick columns walking up to entrance of home.”

The Cooks have lived in West Orange for 33 years.