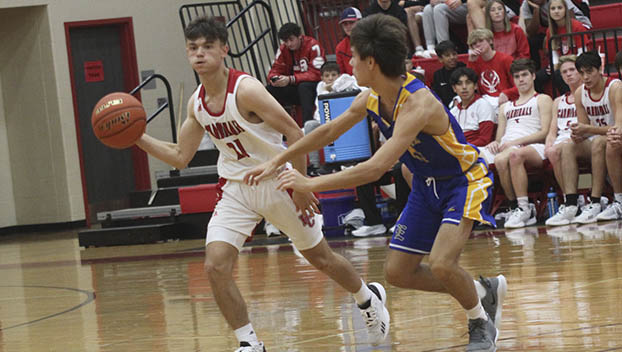 BRIDGE CITY – The Bridge City Cardinals snagged a pair of nice victories during the week.

The Cardinals (11-9) went on the road and captured a 51-50 nail-biting win over the Buna Cougars.

Fernando Rodriguez hit a game-winning three-point shot at the buzzer to propel the Cardinals to victory.

The Cardinals also snagged a decisive 57-36 victory over the Beaumont Kelly Bulldogs.

Linder led the way with 11 points and six rebounds.

The Bears (15-5) battled the No. 14-ranked Class 5A school in Louisiana before falling just short.