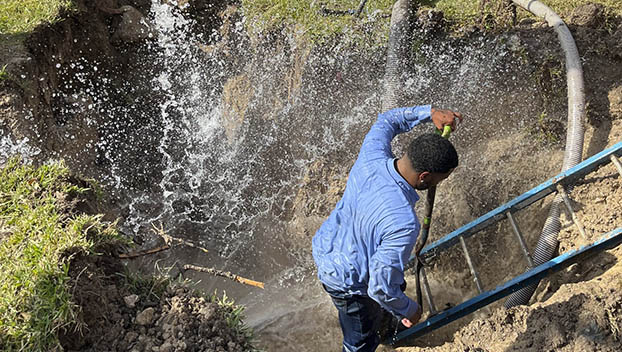 Through its social media page, the City of Orange issued a public notification detailing a boil water notice earlier this month.

On the page, the city notification detailed the Texas Commission on Environmental Quality notice was required due to low pressure and low chlorine residual in the public water system.

The areas of initial impact were described as, “The vicinity of Sunset Country Club, south to Park Avenue and east to 20th street.”

Local residents were encouraged to share the boil water notice by posting it in public or distributing it by hand or mail.

Two days later, through announcement on its social media page, the city found an additional leak at 28th and Park Avenue.

Then on Dec. 5 at 9:30 a.m., the city lifted the boil water notice. The next day, Orange residents residing south of Bob Hall Road either lost water services completely or experienced low water pressure beginning at approximately noon. Services were restored late that evening.

Boil Water notices are issued by public water systems to ensure citizens are not exposed to harmful bacteria. The notice details the procedure to ensure safe drinking water, “To ensure destruction of any harmful bacteria and other microbes, water for drinking, cooking, and ice making should be boiled and cooled. The water should be brought to a vigorous rolling boil and then boiled for two minutes.”

The statement continued and suggested residents purchase water or find a suitable source.

Some expressed concern regarding the notification process, noting the map provided by the city on its social media page failed to clearly define those who were impacted.

Others were concerned about senior citizens and impoverished families who were not able to purchase, or secure water as directed by the notice.

The Public Works Department is responsible for maintaining water lines for the city. Public Works Director Adam Jack remained engaged throughout the water line break incident and noted the city was able to continue to deliver potable water despite the boil water notice.

“As a precautionary measure, we were required to issue a boil water notice and monitor the water quality throughout the repairs,” Jack said. “During that time, the water quality continued to meet the requirements for healthy potable water. While it was a frustrating for all concerned, the water quality remained at acceptable levels.”

TCEQ requires all public water systems to monitor the levels of contaminants found in the system monthly.

On Sept. 6, 23rd & Monterrey was sampled, and in October, a sample was taken from the site at Mill & Front.

According to the Environmental Protection Agency, the presence of coliform may indicate problems with testing equipment, a failure to properly collect the water sample, or contamination of the public water system.

“We have been replacing old piping and rebuilding infrastructure across the city,” he said.

Currently, details regarding the extent of piping replacement and the end date for the project are unclear.

According to the Region 10 TCEQ office in Beaumont, corrective action is always taken when any public water system’s TCR water samples are positive. Updates provided by the City of Orange explain that corrective action was taken prior to the lifting of the boil water notice.

Throughout the process, citizens were directed to call customer service at 409-883-1081 with any questions or concerns regarding the city public water system.