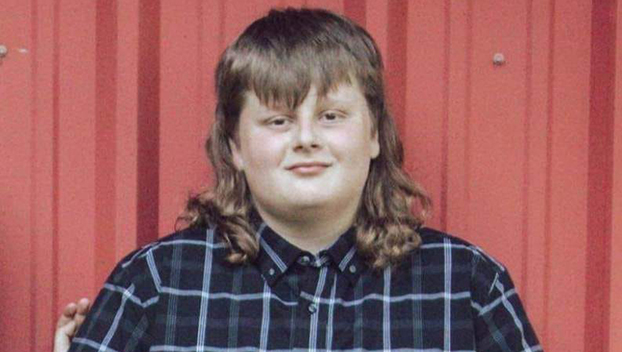 VIDOR — Fourteen-year-old John Castilaw III was a jokester, a class clown and someone who was once able to make a teacher laugh so hard the lesson couldn’t be finished.

John Paul Castilaw Jr., the teen’s father, doesn’t know the whole story regarding the teacher, but he has no doubt at his son’s ability to make others laugh.

“He could bring joy to anybody,” Castilaw Jr. said. “He never met a stranger, and if you needed some help, he was always there to help you, no matter what.”

The teen and 15-year-old Blake Post were killed early Sunday after the vehicle they were in left the roadway, crashed into a utility pole, then into a parked RV and caught fire just outside Vidor city limits.

The grieving father said his son was more than the class clown, he was the guy that got in trouble so others didn’t. Most teachers knew his phone number.

They would say, “Johnny, don’t make me call your dad,” Castilaw Jr. said.

Johnny, as his father called him, was an excellent son and one who held things together after his parents divorced. He was second to the oldest with four sisters and three brothers.

The teen was into baseball when he was younger but more recently enjoyed hunting, fishing and playing video games.

Castilaw Jr. said he brought Johnny to a ranch last year and he was able to shoot his first deer.

Johnny was a freshman at Vidor High School and friend Blake a former student there.

“Vidor ISD (Independent School District) was heartbroken to hear the news about John Castilaw and Blake Post,” Superintendent Dr. Jay Klongo said in a statement.  “John was enrolled at Vidor High School and Blake had been a student in the past. Their passing is mourned by us all and we know they will be missed by many. Our prayers are with their family and friends that were close to them. We understand that arrangements are being made and we will share those as appropriate.”

The day before his son’s death, Castilaw Jr. messaged Johnny to say he was cooking lobster and asked if he wanted to come home.

“Usually after staying the night he wanted to come home, but it seemed like he was having fun and he asked to stay one more day. I said sure, it will be alright,” Castilaw Jr. said.

The dad said he didn’t realize how many friends his son had until a gathering after his death. That’s where he heard the story of Johnny and the teacher.

“I know in my heart he’s looking down on us and trying to cheer everyone up as much as he can,” Castilaw Jr. said. “He’d say quit crying and mourning. A sister went into his room and said she could hear him say, ‘get out of my room, you don’t belong here.’”

The father finally figured out the problem. His son had ordered the pizza from Ohio.

Castilaw Jr. called his son and the two had a laugh over the confusion. His phone records calls, and he said he is thankful to have his son’s voice saved.

After learning of the fatal crash from law enforcement, the trooper suggested he not go to the scene but felt it was something he had to do.

“I saw my son and the state his body was in and knew he’s not my son, this is just his earthly body,” Castilaw Jr. said. “Rest assured, he is in Heaven with all the loved ones who went before him.”

Waking up is difficult in that Castilaw Jr. still waits for his son to call him and say, ‘come get me.’

Memorial Funeral Home of Vidor is handling the funeral arrangements, and the service is tentatively set for Rose City Baptist Church. Burial will be scheduled for Restlawn Memorial Park in Vidor.

John Castilaw III’s father and stepmother are John Paul Castilaw Jr. and Danielle Castilaw. His mother and stepfather are Sherry and Ian Britt.