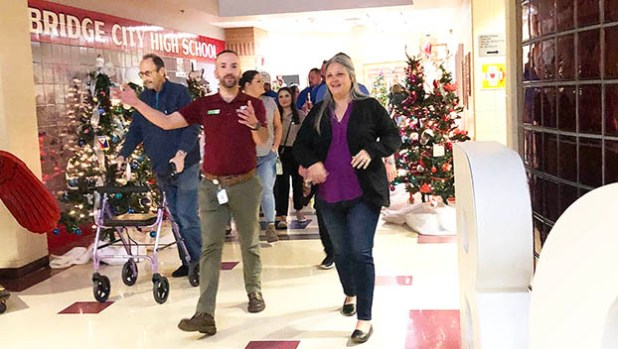 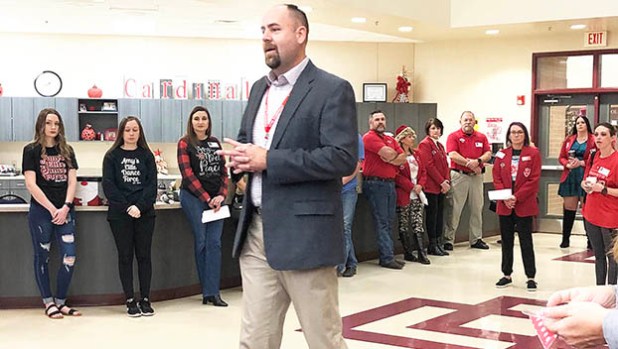 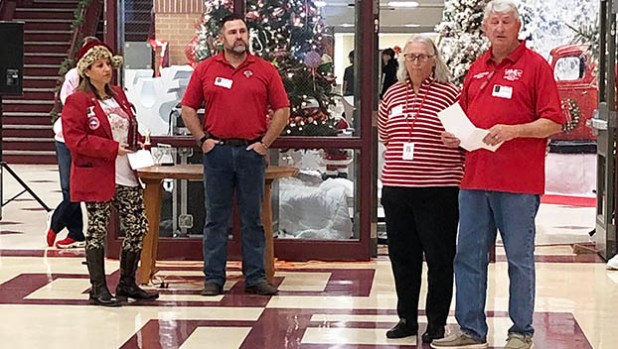 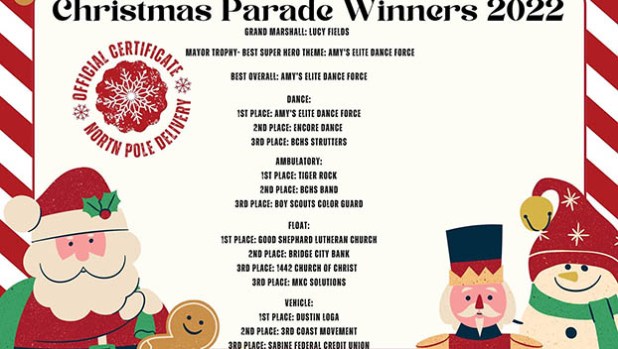 Municipal and education leaders were on hand to celebrate Christmas parade showcase winners.

The Employee of the Month was Bernardo Lopez with Tequila’s Mexican Restaurant, and the Business of the Month is is Red’s liquor Bridge City/Orangefield. The next Networking Coffee is planned Jan. 10 at Orangefield High School Museum at 8 a.m.