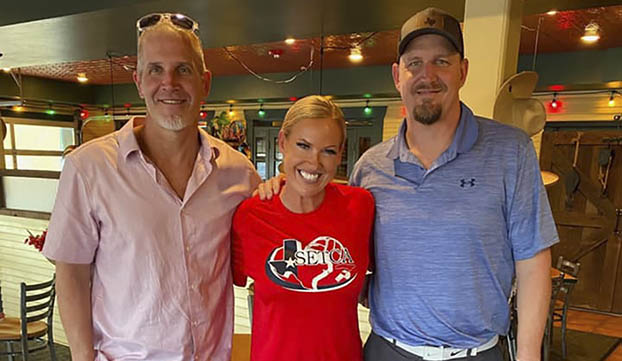 Former Bridge City, Texas A&M and NFL standout Jason Mathews was named athletic director at Brentwood Academy in Nashville, Tennessee, this week after serving the school so well in many capacities.

The former Indianapolis Colts and Tennessee Oilers/Titans offensive lineman – who will remain in his role as the school’s admissions director and dean of community engagement until the end of the school year – will oversee athletic operations for the middle and upper school, according to the school.

“I am beyond excited to step into this position as Brentwood Academy’s Athletic Director,” Mathews said . “Athletics has played such an important part of my life, and I am honored to follow in a long line of impactful athletic directors at BA. I look forward to continuing their legacy while growing young men and women into followers of Christ.”

This week’s announcement also means Brentwood Academy is searching for a football coach. Cody White resigned as coach and AD Nov. 30. White will remain as the school’s AD until June before he and his wife return to Texas, where two of his children live.

“We are grateful for Jason Mathews’ years of commitment to the mission and ministry of BA through his roles as admission director and community engagement, and we are privileged for the opportunity to take advantage of his experience and expertise,” Masters said. “Jason is an asset in many ways to Brentwood Academy, and we look forward to seeing the impact of his leadership in our athletic department.”

Mathews was a third-round selection in the 1994 NFL Draft and played nine seasons in the league. As a rookie in 1994, he played in 10 games with the Colts and took over the starting right tackle position the next season.

He signed with the Tennessee Oilers in 1998 and was part of the Titans roster that captured the AFC Championship and played in Super Bowl XXXIV in 2000. He retired from the NFL in 2005.

Mathews served as the associate dean at MBA after his retirement. Within a year, he was a facility coordinator for D1 Sports Training in Nashville before he began teaching and coaching at Ensworth.

He’s been at Brentwood Academy for the past six years and has coached middle school basketball and football.