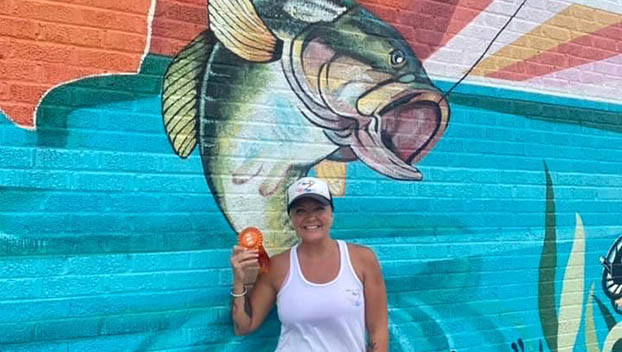 Lauren Leigh stands in front of one of her murals in Orange. (Courtesy photo)

The Bridge City City Council will soon vote on a potential mural that will go on the back wall that faces West Roundbunch.

Walker said the mural could also wrap around the building to face the park.

“We wanted it to be something that could be where people would go and take pictures,” he said.

The city reached out to Lauren Leigh to bring the idea to life. The artist painted murals all across Southeast Texas. Earlier this year, she made the sign for the Orangetober Festival.

“She had done some of the ones in Orange that we liked and she is a local girl. That is how we got in contact with her,” Walker said. 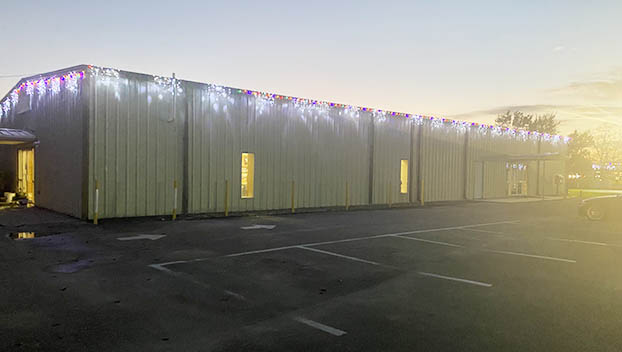 Leigh said she has been painting professionally fulltime for three years and has worked on approximately 40 murals in the area.

While murals have long been popular around cities, many municipalities have bought in as a way to attract more people to certain sites in a social media era.

“I like them and think they are pretty cool,” Walker said. “I think they help with advertising and those things. Bridge City isn’t really a tourist destination, so we have to create things for people who are traveling or coming through for people to enjoy.”

Walker said the staff threw in ideas to represent the city’s Christmas in the Park and the Christmas Parade.

The artist said she likes seeing people enjoy her work.

“It is really cool to see people taking senior photos with one of the murals,” she said. “Those are photos they will have the rest of their lives.”

She said the city is also trying to come up with a hashtag to accompany the mural.

The mural will also incorporate Bridge City High School and other city traditions.

“Part of that will advertise those events, but it will be a promotion of the arts that we have here,” he said.

Walker said the city would like to have the mural completed within the next 30 days of council approval.