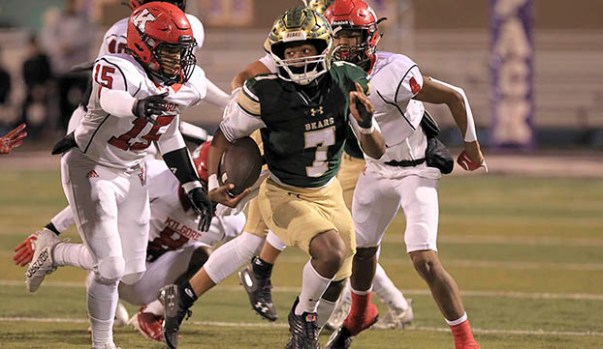 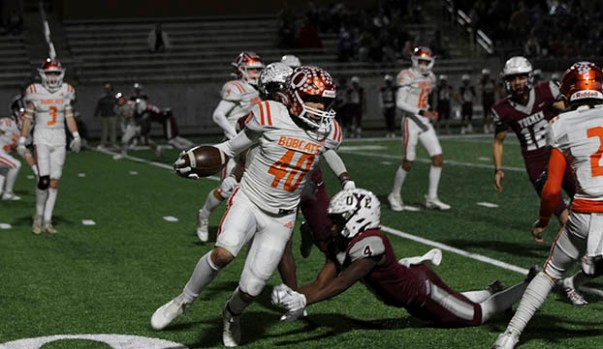 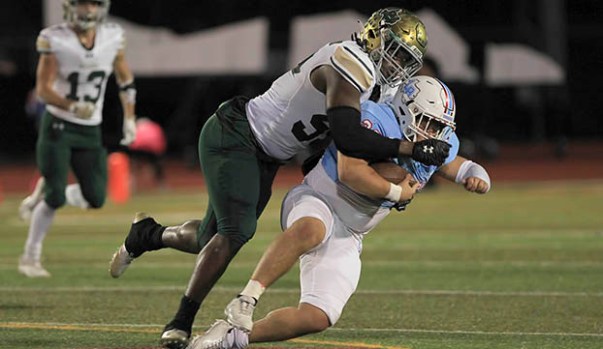 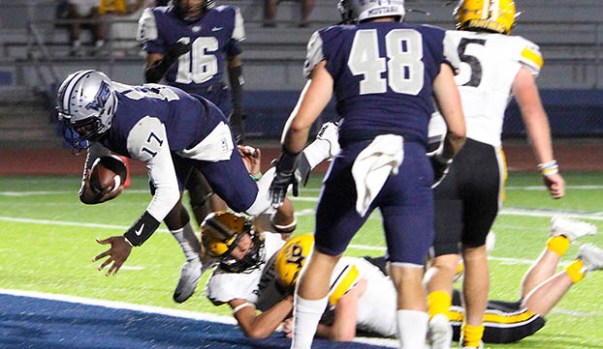 The 2022 high school football season is in the books, and Orange County teams found success as four squads were able to enter the postseason fray.

The Orangefield Bobcats prospered the most as they marched to their first outright district championship since 1988, going a perfect 6-0 in District 10-43A Division I play and advancing to the Class 3A Region III Area Round of the playoffs.

The Vidor Pirates finished a solid second and Little Cypress-Mauriceville third in a highly competitive District 10-4A Division I to make the postseason again for the second straight season.

This is always the time of the year to put a bow on the season with the All-Leader Football Team.

We’ve had some great teams in the past, and this one is no different.

Our Most Valuable Player is Orangefield running back Cameron Dischler, who propelled the Bobcats to a 9-3 mark and a district title after he gobbled up 2,441 yards rushing and 28 touchdowns on 247 carries.

Our Offensive MVP goes out to standout LC-M tailback Da’Marion Morris. The senior picked up 1,463 yards and 25 touchdowns on the ground on 203 carries and hauled in 26 receptions for 372 yards and four scores.

Morris was a mainstay for the Bears for four years. He accumulated nearly 5,000 all-purpose yards in his run in Bear Country.

The Defensive MVP goes out to fellow Bears senior Amier Washington. The defensive lineman was a beast during his junior season, which made teams try to harness him more this season with double teams and, sometimes, triple teams. Washington still prospered, picking up 68 tackles, 15 of them for losses. He had six sacks and 10 more quarterback pressures.

Our Newcomer of the Year is WO-S sophomore quarterback Marcus Turner Jr. The youngster was thrown into the fire halfway through the non-district schedule. He showed tremendous growth throughout the rest of the season and a lot of poise down the backstretch, proving he is going to be a hot commodity in guiding the Mustangs offense the next couple years.

Orangefield’s Josh Smalley captured the Coach of the Year honors for the second time in his run as the Bobcats head coach. It marked his ninth time to lead the Bobcats into the postseason and nothing was sweeter then nailing down the huge District Championship trophy after a tremendous campaign.

So without further ado, here is the 2022 All-Orange Leader Football Team: