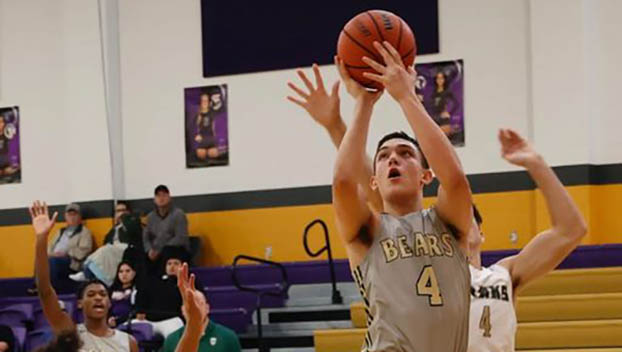 It was a busy few days for Orange County basketball teams as everyone was participating in tournaments over the weekend.

The Little Cypress-Mauriceville boys and Bridge City boys captured third-place trophies for their efforts on the boys side, with LC-M taking third at the Aransas Pass Tournament and Bridge City at the Evadale Tournament while the LC-M girls were second in Evadale.

Here is a look at how Orange County teams fared in their respective tourney play:

ARANSAS PASS – LCM finished third in the Best of the Bay Tournament in Aransas Pass, beating Aransas Pass 57-41. LCM was lead by their three All-Tournament selections. Alantheon Winn scored 17, Ben Elliott 16 and Da’Marion Morris dished out 12 assists and scored 6 points. LCM is now 9-2 on the season.

The Bears dropped a tight 62-56 decision to Hardin-Jefferson Friday, with Elliott and Winn scoring 19 points each.

Against Sinton Ben Elliott and Alantheon Winn each posted double-doubles for the Bears (8-1).

Elliott led the way with 19 points and 10 rebounds while Winn notched 11 points and 12 boards.

In the blowout against Robstown, Elliott led the way with 22 points. Winn filtered in 16 points while Da’Marion Morris and Noah Fuller added 12 points apiece.

The Bears knocked off Canyon Lake 71-40 in their first game Friday.

Elliott and Winn were both dominant inside with double-doubles again. Elliott filtered in 22 points and snared 13 rebounds while Winn pumped in 19 points and grabbed 13 rebounds.

NEDERLAND — The Orangefield Bobcats faced some tough competition in the Nederland Tournament. Saturday they opened with a 67-59 loss to the host Bulldogs. Pete Ragusa lead with 18.

The Bobcats held off the Beaumont Kelly Bulldogs 65-64 in their first game at the Nederland Tournament.

Pete Ragusa had 18 points and nine rebounds for the Bobcats.

EVADALE – The Bridge City Cardinals went 2-0 Saturday to take third place at the Evadale Tournament. The Cards defeated the host Rebels 57-25 as Aaden Bush scored 16 and Walker Britten added 15. Then the Cards got revenge on Tarkington with a 46-43 OT win.

Bush sent the game into OT with a three pointer and finished with 11. Britten led with 17 and was selected to the All-Tournament Team.

The Cardinals captured a 68-41 victory over the Kirbyville Wildcats at the Evadale Tournament Friday.

Against Jasper, Britten poured in 18 points and dished off four assists. Guitterrez popped for 12 points while Jagger Carlin pulled down nine rebounds.

NEDERLAND – The Vidor Pirates dropped a 62-51 decision to the Hamshire-Fannett Longhorns on the first day of the Nederland Tournament.

Bryce Loftin led the Pirates with 20 points and six rebounds.

In other tourney action, the WO-S Mustangs fell to Aldine 77-43 at the YMBL Tournament.

EVADALE – The Bridge City Lady Cardinals split a pair of games at the Evadale Tournament Thursday.

They fell to Kirbyville 28-27 in their opener but came back to defeat Beaumont Legacy 40-30.

Against Kirbyville, freshman Kaylee Britten led the way with 13 points and had six rebounds while Kailey Nelson had eight points and nine boards.

Meanwhile, the LC-M Lady Bears picked up two wins in Evadale, defeating Legacy 42-30 and Kirbyville 51-29. The WO-S Lady Mustangs dropped a tight 40-38 decision against the host Lady Rebels and fell to Kountze 34-13. LC-M played in the championship game and earned second-place after falling to the host Lady Rebels 40-32.

WEST – The Orangefield Lady Bobcats have been competing in the West Tournament.