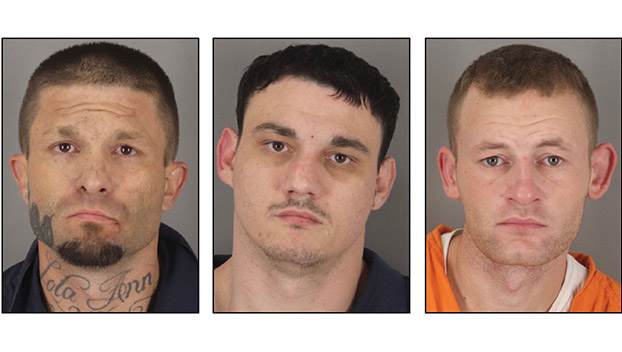 On Saturday at 1:11 a.m., officers responded to the area of 1655 Louisiana (Dragon Industries), in reference to a suspicious vehicle near the business.

Officers arrived on scene and three males ran from the area.

Officers apprehended two of the three males and then set up a perimeter for K-9.

The K-9 Officer and his partner conducted a track and located the third subject.

All three subjects were arrested for evading arrest/detention and were taken to the Jefferson County jail without incident.