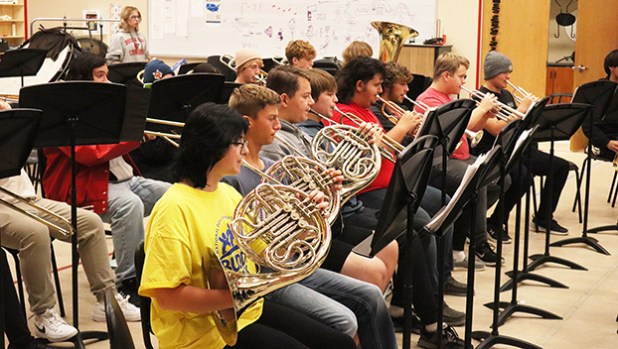 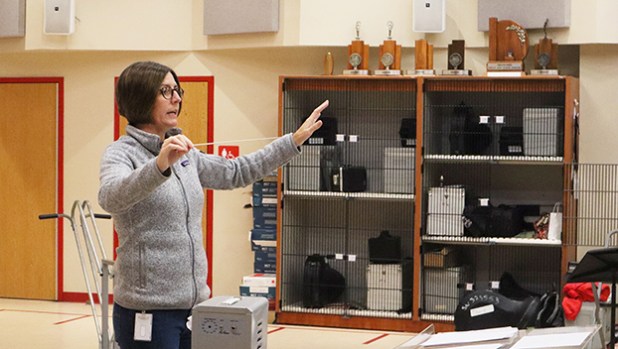 Tami Goss is the director for the BCHS band. (Chris Moore/The Leader) 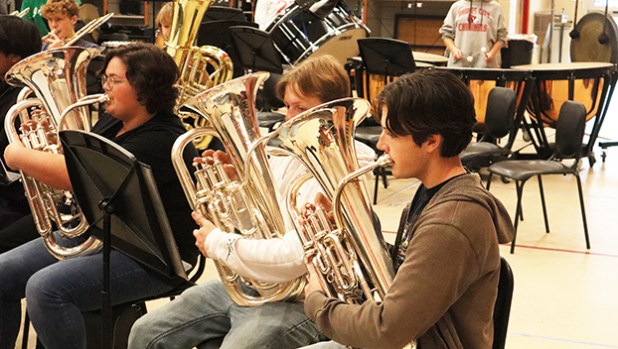 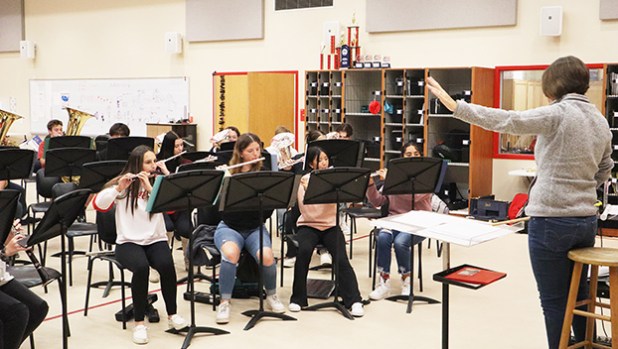 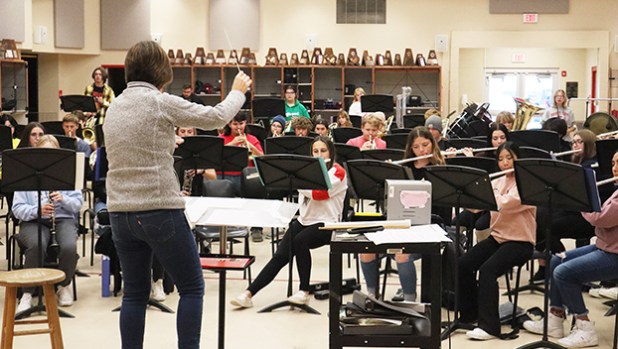 BRIDGE CITY — Consistency is key. That is what Bridge City High School Band Director Tami Goss and her assistant directors have built at the high school, which is evident with the marching band making it to the state competition for the third straight year.

The squad returned to Bridge City, finishing as the No. 19th-ranked marching band in the state out of 206.

Only the top 23 made it to the state competition in San Antonio.

Senior Ryker Berry has participated in band since middle school and plays baritone.

“It was really cool,” Berry said of the current run. “It was 1985 since the school went to the state competition before 2020. To be a part of this organization and go through this has been a great experience. I think it has a lot to do with the amount of work our directors and leaders put into it.”

Classmate Brody Renshaw, who is also a senior, said he and his fellow band members are happy to represent the school.

“This has been a huge dream,” Renshaw said. “This is what I plan on furthering my career in. I want to teach music education and raise bands up to that level. For me, it is a super big deal.”

Goss said the student leadership has been the driving factor for the success.

“I think the first year when we did it in 2020, the students were finally able to realize they were, in fact, capable,” Goss said.

“It was such a demanding year in so many ways. There was so much adversity. But they realized they were capable and knew what it takes. Everything is about culture. They created a culture of excellence. They work hard and encourage the young ones to work hard, too. They know what it takes to get there and are ready to do it.”

Goss said she doesn’t try to anticipate how long the run will last. Freshman on the 2020 band will be seniors next year.

“All of that stuff is very cyclical,” she said. “It is not guaranteed in any given year that you will make state. They are certainly capable. It is possible that it doesn’t happen, but their approach to it and attitude are really, really good. I think they will continue to push.”

The band is now preparing for their winter performance and solo competitions.

Goss said she is aware that most students will stop playing after high school but hopes the standard set at BCHS will help them strive to get the most out of life.