FILM REVIEW: “She Said” is compelling but not showy 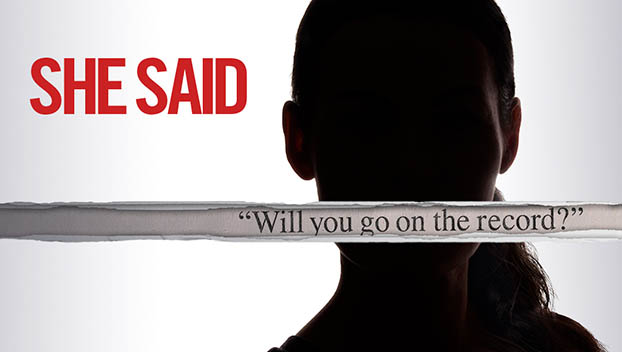 I’ve always been a big fan of movies about crusading journalists. I mean, I have a career in TV news, after all, so you might understand why I am biased in favor of these types of stories.

That should explain why I was so excited about the new movie, “She Said,” which is based on the best-selling book from New York Times reporters Jodi Kanter and Megan Twohey. This is the story of their investigation into Miramax producer Harvey Weinstein, and their efforts to get his victims to publicly acknowledge their sexual assault by one of the most powerful men in Hollywood at the time.

This is one of the investigations that launched the #MeToo movement. It’s an investigation that ultimately led to Weinstein’s arrest and conviction. If you like movies about journalists that get big results, this should be your cinematic cup of tea.

That being said, I’m not as thrilled by the movie as I thought that I would have been. I think the problem is that journalism isn’t an inherently cinematic profession. It’s hard to get worked up by a movie where half of the scenes are simply reporters talking on their phones.

I’m happy that the filmmakers didn’t opt for reenactments of the sexual assaults, and Weinstein isn’t a physical player in the movie, other than his voice and the back of his head. These are smart decisions that keep the focus of the film on the journalism instead of exploiting the scandalous crimes.

It’s just that professional journalism isn’t always the most exciting thing you could put into a film.

Still, credit the movie for holding our interest, and acknowledging the compelling nature of these crimes. And credit the filmmakers for making a movie about the women in this case.

We find out what happened to the victims, including actress Ashley Judd who plays herself and delivers the most damning report. And we stay with the two working women as they struggle to balance their homelife with the biggest story of their careers.

Carey Mulligan and Zoe Kazan play Twohey and Kantor, each delivering a fine mix of professional outrage and human empathy. These aren’t showy performances, but they are rousing still the same.

The TV news guy in me wanted to stand and clap in a final scene where Twohey manages to stare down Weinstein while a small army of lawyers are bellowing from the side. It’s a quiet moment of disgust that perfectly captures the mood of this film.

“She Said” is an inspiring, but not showy movie. General audiences might be a little bored at times, but those who are interested in journalism movies or concerned about the issue of sexual assault should be very pleased by this well-made, solidly-acted and compelling movie.