Local journalist’s podcast educates on unexpected dangers in the outdoors 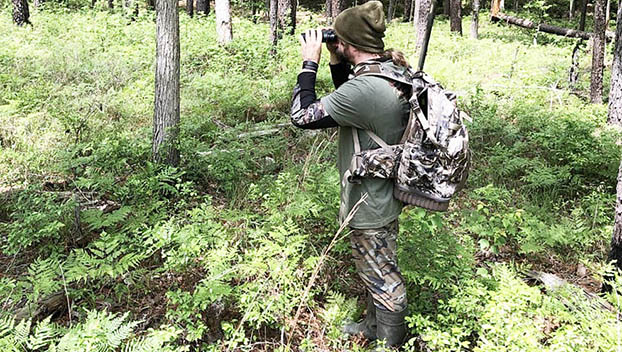 Chester Moore often finds himself in remote areas that puts him in frequent contact with dangerous animals and sometimes dangerous people. (Courtesy photo)

Chester Moore lives a life worth writing about.

For 30 years, he has documented his experiences as a journalist, author and outdoor enthusiast on topics that range from hunting and wildlife to lifestyle and religion that published in newspapers, magazines and books. 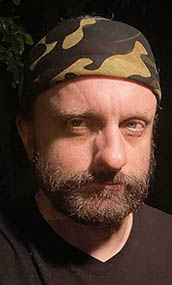 Now, he has taken to a new platform, a podcast called, “Dark Outdoors,” to spread awareness of increasing criminal elements in national forests to serial killers, human-animal conflict and strange weather patterns.

“Dark Outdoors covers what the mainstream media ignores with interviews with survivors, experts and investigators,” Moore said. “The idea for the podcast began with a photo that was sent by my friend from Utah. It was a photo taken off trail during bow-season in a deep-pocket of national forest of an old tree carving that said, ‘Ted Bundy 1974.’

“This sent chills down my spine, because Ted Bundy is one of the most prolific serial killers of all time and his reign of terror spanned through Washington, Utah, Colorado and Florida. Did he really carve this into a tree or was it someone else? A fan perhaps? 1974 was the year he began his killings in Utah. In the world of true crime and dark outdoors, no one casted a shadow such as Ted Bundy.”

“The episode covered how Bundy used the outdoors for his crimes,” he said. “The seldom-discussed forest serial killer connections, why women in particular should take special precautions in the forest areas and how to avoid being preyed on by modern day, ‘Teds.’” 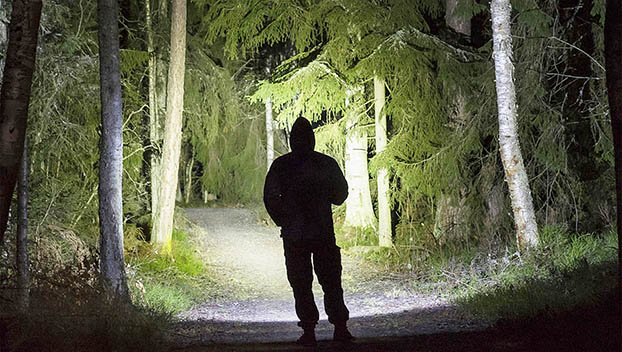 Chester Moore said the theme is to “shine light into the dark outdoors. “It’s important to give people information so they can make informed decisions in the outdoors. I’m hoping it helps it saves lives while also providing engaging content.” (Courtesy photo)

“We explain what is causing these waves and how they can make the outdoors experience go very dark,” he said. “Apart from the testimonies, we provide information on a local boating group trying to raise awareness to this growing issue.”

In the third episode, “The Phantom Killer, Moonlight Murders and Dangers of Urban Forests and Parks,” Moore interviews John Tennison, a relation to one of the chief Phantom Killer suspects.

“In this hour-long episode, we dive into the iconic unsolved Moonlight Murders and the Phantom Killer made famous in the 1976’s classic, ‘The Town that Dreaded Sundown,’” he said. “This show examines how the phantom operated and compares it to dangers lurking today from similar predators. We also interview Pamula Pierce Barcelou, daughter of director Charles B. Pierce, who directed ‘The Town that Dreaded Sundown.’ She shares insight into this cult classic and her dad’s role creating it 50 years ago.”

The Great Outdoors is a place of beauty, peace and tranquility, but it is also an equally dark and dangerous place. Therefore, people need to be educated on how to protect themselves if they are confronted with a life-or-death situation, according to Moore.

“If I were out bow-hunting on a trail in the early season, and I ran to someone and said, ‘Hey, I am injured, can you help me out,” he said. “Would I even think of him being as deranged and dangerous as Ted Bundy?”

The first season concluded with eight episodes, and season two releases in January.