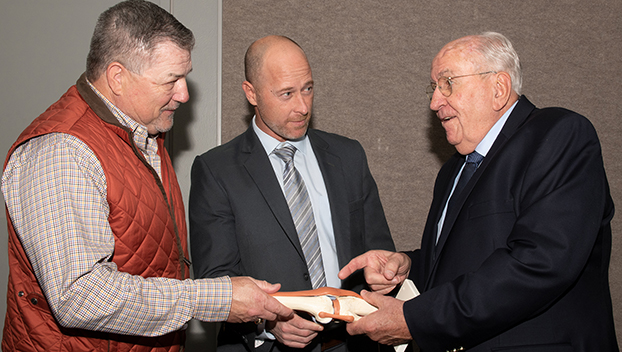 Museum of the Gulf Coast inductees Todd Dodge and Jon Lew Ford listen to Dr. Jesse DeLee explain the procedure involved in knee replacement surgery. Dodge and Ford were inducted into the Sports Hall of Fame, and Dr. DeLee, an orthopedic surgeon, was inducted into the Notable People Hall of Fame. (Bart Bragg/Special to The Leader)

PORT ARTHUR — The Museum of the Gulf Coast inducted four new members to the institution’s various halls of fame on Saturday.

Todd Dodge, Jesse DeLee, Jon Lew Ford and William Seale all earned their places in the museum during a ceremony at 2 p.m. 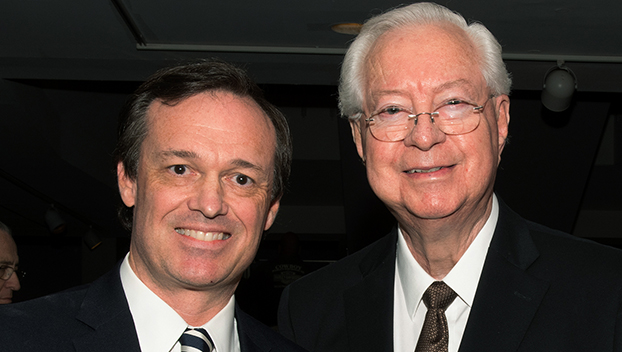 Will Seale accepts a posthumous induction into the Museum of the Gulf Coast for his father Dr. William Seale from Dr. Sam Monroe, President of the Port Arthur Historical Society. (Bart Bragg/Special to The Leader)